Be a part of 5th International Conference on Aquaculture & Marine Biology

Berlin is the capital and largest city of Germany by both area and population. Its 3.7 million inhabitants make it the European Union's most populous city, according to the population within city limits. One of Germany's sixteen constituent states, Berlin is surrounded by the State of Brandenburg and contiguous with Potsdam, Brandenburg's capital. Berlin's urban area, which has a population of around 4.5 million, is the second most populous urban area in Germany after the Ruhr. The Berlin-Brandenburg capital region has around 6.2 million inhabitants and is Germany's third-largest metropolitan region after the Rhine-Ruhr and Rhine-Main regions. There was an unsuccessful attempt to unify the two states in 1996. Though they remained separate, the two states cooperate on many matters to this day.

Germany is a Western European country with a landscape of forests, rivers, mountain ranges, and North Sea beaches. It has over 2 millennia of history. Berlin, its capital, is home to art and nightlife scenes, Germany is situated between the Baltic and North seas to the north, and the Alps to the south. Germany became a nation-state when most of the German states unified into the Prussia-led German Empire. After World War I and the German Revolution of 1918–1919, the Empire was replaced by the semi-presidential Weimar Republic. Germany is a great power with a strong economy; it has the largest economy in Europe, the world's fourth-largest economy by nominal GDP, and the fifth-largest by PPP. As a global power in industrial, scientific, and technological sectors, it is both the world's third-largest exporter and importer. As a highly developed country, which ranks ninth on the Human Development Index, it offers social security and a universal health care system, environmental protections, and tuition-free university education, and it is ranked as the sixteenth-most peaceful country in the world. 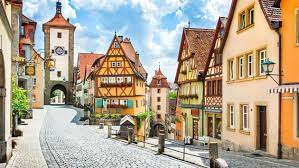 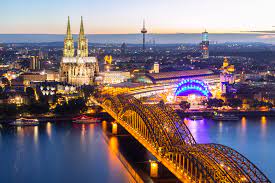 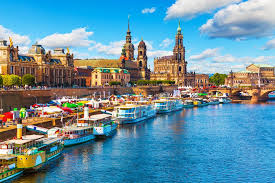