About Gary A. Trager 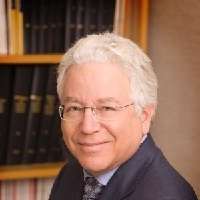 Gary A. Trager, MD is a nationally and internationally recognized expert, lecturer, and consultant in the field of Diabetes and Endocrinology. He is a Fellow of the American College of Endocrinology (FACE). He has lectured and consulted extensively in the United States and abroad in English, French, and Spanish. He has lectured as the Keynote speaker at the launch of the SGLT2-i medication class in Canada, in Europe at The Societe Francophone du Diabete (in French), as well as at first Gulf Cooperative Council (GCC) Diabetes Master Class in Dubai, UAE and the Imperial College of Medicine in Abu Dhabi, UAE, most recently at the Italian Diabetes Society and the 2nd GCC â€œMasters Class Symposium in Dubai, UAE. When he completed his Fellowship at the State University of New York at Stony Brook and the VA Medical Center at Northport, Dr. Trager founded his practice devoted exclusively to Diabetes and Endocrinology. It evolved into the Center for Diabetes and Endocrinology located in Huntington, LI, New York. There, Dr. Trager conducts and directs trials of medicines, devices, instruments, and software used in the field of Diabetes and Endocrinology. He is a consultant and mentor to national and international pharmaceutical industry as well as other physicians, healthcare professionals, students, and organizations. He has served as a member on steering committee of many national consulting and speaking organizations. He has been an Adjunct Professor at the New York College of Osteopathic Medicine-New York Institute of Technology (NYCOM-NYIT) for several years, where he recently updated and expanded the diabetes curriculum. He is a Senior Attending Physician at Huntington Hospital. Dr. Trager is a past President of the American Diabetes Association, Long Island Area (Nassau and Suffolk Counties), as well as a past Chair of the Long Island Chapter of the American Diabetes Association. In this role he developed and organized the â€œADA Diabetes EXPOâ€ for the Northeast United States. He subsequently served as Chairman for EXPO on Long Island, as well as the EXPO at the Javits Center in New York City, for several years. His accomplished task was to reactivate a deactivated regional ADA chapter, to reinstitute, grow, and reaffirm the role of the ADA in the eastern region of the US, in order to serve the public. His current goals are to continue the growth and development of the Chapter to serve the interests of the Chapterâ€™s members, and to enhance and promote the role of the American Association of Clinical Endocrinologists throughout the US and the world