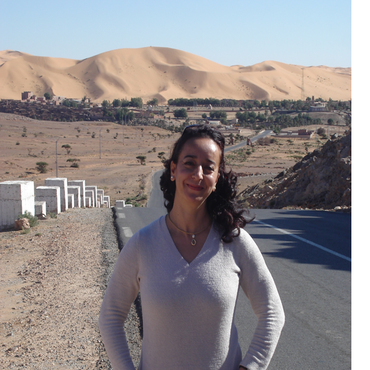 Dr. Houda Boukheris earned her medical degree and a postgraduate degree in Epidemiology and Preventive Medicine from the University of Algiers in Algeria. From 2001 to 2003, she served as an epidemiologist in a district in eastern Algeria where she developed, implemented, coordinated and evaluated programs to prevent transmissible diseases, including immunization programs, promote maternal health and prevent infant mortality, and served as the primary liaison with the Ministry of Health for several public health oriented projects among which a national project aimed to assess HIV/AIDS prevalence among patients treated for tuberculosis, and the national project to increase cervical cancer screening and early detection. In 2004 she was awarded a postdoctoral fellowship from the International Agency for Research on Cancer (IARC). Her primary project was to investigate the long-term mortality and causes of deaths of French women treated for breast cancer. She also collaborated with medical staff members on projects to determine risk factors and prognostic factors for thyroid carcinoma, and gastrointestinal tumors. In 2007, she joined the U.S. National Cancer Institute (NCI), National Institutes of Health (NIH) to expand and continue her collaborations on multi-disciplinary research projects as a cancer epidemiology postdoctoral trainee. She completed several projects on the long-term risk assessment of secondary salivary gland carcinomas, after primary cancer, in relation to initial treatment, tobacco smoking, and alcohol consumption within the Surveillance Epidemiology and End Results (SEER) and the Childhood Cancer Survivor Study (CCSS) cohorts. From 2010 until January 2012, she was a Research Scientist at NOVA Research Company in Bethesda. In this position, she has provided support and consultation to several NCI projects, among which NCI-funded global cancer research program and NCI-funded cancer research portfolio analysis, literature review and report writing, and have led and coordinated the NCI Translational Science Meeting report writing. Dr. Houda Boukheris currently serves as an Assistant Professor and Lecturer in the university of Bejaia in Algeria ; her research interest focus on thyroid cancer incidence and trends over the past decades in Algeria according to factors such as age, gender and histologies using parametric models to asses the annual percent change in the thyroid cancer incidence, and the age-period-cohort non-parametric models to assess the effects on the incidence of age, period of diagnosis and birth cohort.