Tokyo, Japan’s busy capital, mixes the ultramodern and the traditional, from neon-lit skyscrapers to historic temples. Tokyo is the largest metropolitan area in the world, hosting over 36 million people spread over three prefectures Tokyo is famous for Anime, electronics, manga, and video games. Akihabara is the epicentre if it all. It becomes a jungle of electric lights and colours at night, providing a sensory overload for visitors. Getting lost, window shopping, and photography are top activities here. Japan has an image of being one of the most expensive countries in the world, Tokyo was formerly known as “Edo”. The name was changed to Tokyo in 1890 in light of the Meiji Restoration.

By Airlines: Japanese planes are generally forbidden to fly over Tokyo. Therefore, Japan constructed airports outside Tokyo. Narita International Airport in Chiba Prefecture is the major gateway for international travellers to Japan. Japan's flag carrier Japan Airlines, as well as All Nippon Airways, have a hub at this airport. Haneda Airport on the reclaimed land at Ota, offers domestic and international flights, some flight routes into Haneda are permitted through Tokyo airspace.Various islands governed by Tokyo have their own airports. Hachijo-jima (Hachijojima Airport), Miyakejima (Miyakejima Airport), and Izu Oshima (Oshima Airport) have services to Tokyo International and other airports.

By Waterways: Shanghai is often considered the showpiece of China's economic explosion. Fittingly, there are two ferries operating between Shanghai and Osaka, Japan: the Su Zhou Hao and the Xin Jian Zhen. Whichever you choose, the journey takes roughly 45 to 46 hours, so it's no quick trip!The Xin Jian Zhen departs once weekly on Saturdays, docking in Osaka or neighboring Kobe on alternate trips (the travel time is about the same). The Su Zhou Hao departs Shanghai on Tuesdays and docks exclusively in Osaka.

By Railway: Rail is the primary mode of transportation in Tokyo, which has the most extensive urban railway network in the world and an equally extensive network of surface lines. JR East operates Tokyo's largest railway network, including the Yamanote Line loop that circles the center of downtown Tokyo. Two different organizations operate the subway network: the private Tokyo Metro and the governmental Tokyo Metropolitan Bureau of Transportation. The Metropolitan Government and private carriers operate bus routes and one tram route. Local, regional, and national services are available, with major terminals at the giant railroad stations, including Tokyo, Shinagawa, and Shinjuku.

By Road: Expressways link the capital to other points in the Greater Tokyo area, the Kanto region, and the islands of Kyushu and Shikoku. most were constructed above existing roads. Other transportation includes taxis operating in the special wards and the cities and towns. Also, long-distance ferries serve the islands of Tokyo and carry passengers and cargo to domestic and foreign ports.

Georaphical Condition: The mainland portion of Tokyo lies northwest of Tokyo Bay and measures about north to south. The average elevation in Tokyo Chiba Prefecture borders it to the east, Yamanashi to the west, Kanagawa to the south, and Saitama to the north. Mainland Tokyo is further subdivided into the special wards (occupying the eastern half) and the Tama area stretching westwards. Also within the administrative boundaries of Tokyo Metropolis are two island chains in the Pacific Ocean directly south: the Izu Islands, and the Ogasawara Islands, away from the mainland. Because of these islands and the mountainous regions to the west, Tokyo's overall population density figures far under-represent the real figures for the urban and suburban regions of Tokyo. Under Japanese law, Tokyo is designated as a to translated as metropolis. Its administrative structure is similar to that of Japan's other prefectures. Tokubetsu which is constituted the city of Tokyo, are self-governing municipalities, each having a mayor, a council, and the status of a city.

Economic Condition : Tokyo has the largest metropolitan economy in the world. According to a study conducted by PricewaterhouseCoopers, the Greater Tokyo , Tokyo is a major international finance center; it houses the headquarters of several of the world's largest investment banks and insurance companies, and serves as a hub for Japan's transportation, publishing, electronics and broadcasting industries. Tokyo was rated by the Economist Intelligence Unit as the most expensive (highest cost-of-living) city in the world, when it was replaced by Oslo, and later Paris. Tourism in Tokyo is also a contributor to the economy The Toyosu Market in Tokyo is the biggest wholesale fish and seafood market in the world It is also one of the largest wholesale food markets of any kind. It is located in the Toyosu area of Koto ward. The Toyosu market holds strong to the traditions of its predecessor, the Tsukiji Fish Market and Nihonbashi fish market, and serves . Retailers, whole-sellers, auctioneers, and public citizens alike frequent the market, creating a unique microcosm of organized chaos that still continues to fuel the city and its food supply after over four centuries.

Education: Tokyo has many universities, junior colleges, and vocational schools. Many of Japan's most prestigious universities There is only one non-national public university: Tokyo Metropolitan University. There are also a few universities well known for classes conducted in English and for the teaching of the Japanese language, including the Globis University Graduate School of Management, International Christian University, Sophia University, and Waseda University Tokyo is also the headquarters of the United Nations University. Publicly run kindergartens, elementary schools, and primary schools are operated by local wards or municipal offices. Public secondary schools in Tokyo are run by the Tokyo Metropolitan Government Board of Education and are called "Metropolitan High Schools". Tokyo also has many private schools from kindergarten through high school 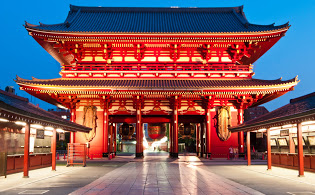 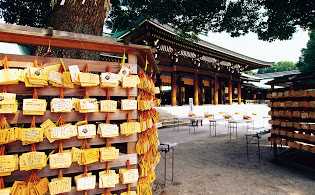