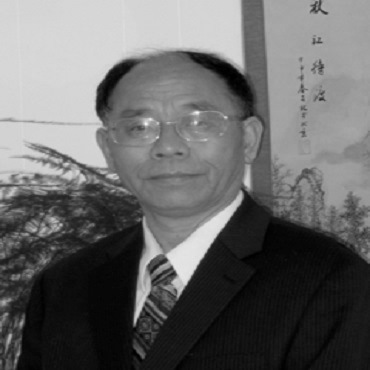 Ling Jun Wang is a Professor of Physics at University of Tennessee at Chattanooga, USA. His research interest is concentrated on theory of gravitation, general relativity and cosmology, laser physics and applications.

Ling Jun Wang and his team have carried out a first order ether drift experiment over a period of two years. The signal to noise ratio of our first order experiment is four orders of magnitude greater than that of the second order experiments. The rotational velocity and the orbital velocity of the earth, and the galactic orbital velocity of the solar system with respect to the ether have been measured to be, respectively, 0.051 km/s, -0.19 km/s and 0.30 km/s, with a statistical error of 0.94 km/s. These velocities are merely 14%, 0.6% and 0.15% of the kinetic velocities of the earth and the solar system with respect to the Milky Way. The results show that the ether drift velocity with respect to the earth is zero well within experimental uncertainty. Since this uncertainty is greater than the velocity due to Earth’s rotation, the experimental error needs to be further reduced to establish the “null result” with respect to Earth’s rotation beyond doubt. Our experiment is fundamentally different in principle from the traditional ether drift experiments based on the interference of light. In particular, our experiment is free of the fringe running problems during the rotation of the interferometer, and therefore contributes a truly independent experiment from the interference experiments. Shen-Jin Zhang received the PhD degree from Xidian University, Xian, China in 2006. He is the deputy director of Key Lab of Function Crystal and Laser Technology, Technical Institute of Physics and Chemistry, Chinese Academy of Sciences. His research interests include nonlinear optics, UV & VUV laser and their applications. He has published more than 25 papers in reputed journals.

We demonstrate a high-power high-beam-quality ultraviolet (UV) laser at 330 nm based on fourth-harmonic generation (FHG) of a diode-side-pumped 1319-nm Nd:YAG laser. A 23.2-W Q-switched Nd:YAG laser at 1319 nm with beam quality factor M2=1.15 was employed as the fundamental pump source. First, the output at 1319 nm was frequency doubled to 660 nm in an LBO crystal with an average output power of 11.3 W. Then, the SHG beam was frequency doubled again in another LBO crystal to obtain the FHG output at 330 nm. The maximum average output power at 330 nm was up to 7 W, and the beam quality factor M2 was 1.45 with 1 kHz operation repetition rate and ~53 ns pulse width. A total conversion efï¬ciency was 30.2% from infrared to UV. This is the ï¬rst 330-nm UV source generation from a diode-side-pumped frequency-quadrupled 1319-nm Nd:YAG laser. The UV 330 nm laser centered at 30, 272.51 cm-1 (λ=330.333 nm) with a linewidth of Δυ=3.5 GHz is suitable to excite the 3S1/2-4 P3/2 sodium transition, which can be applied in producing polychromatic laser guide star to increase the sky coverage using adaptive optics in large telescopes.

Moreover, a vacuum UV laser at 165 nm with 6.8 mW was realized by frequency-doubling of the 330 nm laser, which is almost the shortest VUV wavelength through SHG with KBe2BO3F2 (KBBF) crystal. An angle-resolved photoemission spectroscopy (ARPES) with thus higher photon energy (7.52 eV) VUV 165 nm laser may be able to reach larger momentum space and enhanced bulk sensitivity in probing the electronic structure of solids. 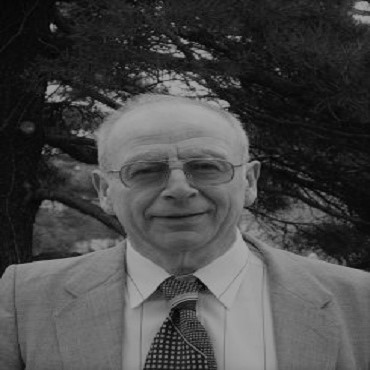 Title: Wave scattering by many small impedance particles and creating materials with a desired refraction coefficient

Alexander G. Ramm was born in USSR and emigrated to USA in 1979. he is a US citizen, professor of mathematics at KSU, an author of more than 660 papers in mathematical and physical Journals, of 15 monographs, and an editor of 3 books. His scientific interests include differential and integral equations, operator theory, mathematical physics, especially scattering theory and inverse problems, numerical analysis, especially methods for solving ill-posed problems, various problems of applied mathematics and theoretical engineering. A.G.Ramm was awarded many honors, including Fulbright Research Professorships in Israel and Ukraine, Mercator Professorship, NATO and DAAD professorships and grants, Khwarizmi international award, distinguished professorships in some countries and distinguished lectureships of London Mathematical Society and Hong Kong Mechanical society, and many other honors and awards. He gave invited plenary talks at many conferences throughout the world.

The theory of acoustic and electromagnetic (EM) wave scattering by one and many small impedance particles of arbitrary shapes is developed. The basic assumptions are: a << d <<λ, where ‘a’ is the characteristic size of particles, ‘d’ is the smallest distance between the neighboring particles, ‘λ’ is the wavelength.

This theory allows one to give a recipe for creating materials with a desired refraction coefficient. Title: Probing acoustics of a modulated plasma through the oscillations of its brightness

Gilles Courret has completed his PhD at the Swiss Federal Institute of Technology (EPFL) in 1999. Since 2013 he is Professor of physics in the Department of Industrial Technologies of the University of Applied Sciences and Arts Western Switzerland (HES-SO). His research interests include microwaveplasma interaction, plasma chemistry, light sources and illumination engineering, with emphasis on the improvement of energy efficiency. He has published more than 20 papers in reputed journals.

Developing a pulsed microwave lamp of 1 kW fitted with a static electrodeless spherical bulb filled with 28 mg of sulphur, that produces a very bright plasma, we have discovered a phenomenon in which the plasma forms a ball at the bulb centre, despite gravity. So doing, we avoid melting the glass. In a preceding publication, we reported photometric measurement showing the plasma response to the modulation of the microwaves. We have shown that the ball formation results from an acoustic resonance in a spherical mode. From the measure of its frequency, which lies a little below 30 kHz, we have furthermore assessed the average value of the pressure inside the bulb considering the dissociation of sulphur. At the resonance, the AC component of the signal changes to a sinusoidal signal of a slightly lower frequency. Beats appear indeed, resulting from the interference between the forced response and the excitation of the spherical mode which is due to a free oscillation. Besides, Putterman's group at UCLA has reproduced the plasma ball formation with a similar setup, but with a spinning bulb so to stabilize the ball. From measurements of the oscillations of the ball diameter, they have moreover shown that the acoustic amplitude inside the bulb can reach 180 dB (re 20 mPa). In our case we have not measure these oscillations, but we have been able to assess the acoustic amplitude by improving our model.
14:40-15:05 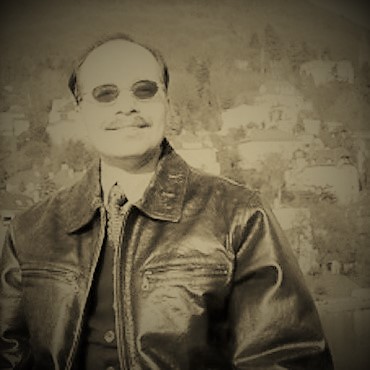 The aim of this work was to apply the LIBS technique for the analysis of fly ash and bottom ash resulting from the coal combustion in a coal fired power plant. The steps of presented LIBS analysis were pelletizing of powdered samples, firing with laser and spectroscopic detection. The analysis “on tape” was presented as an alternative fast sampling approach. This procedure was compared with the usual steps of normalized chemical analysis methods for coal which are coal calcination, fluxing in high temperature plasma, dilution in strong acids and analyzing by means of ICP-OES and/or AAS.First, the single pulse LIBS approach was used for determination and quantification of elemental content in fly ash and bottom ash on the exit of the boiler. For pellet preparation, ash has to be mixed with proper binder to assure the sample resistance. Preparation of the samples (binder selection and pressing/pelletizing conditions) was determined and LIBS experimental conditions optimized. No preparation is necessary in “on tape” sampling. Moreover, double-pulse approach in orthogonal reheating configuration was applied to enhance the repeatability and precision of the LIBS results and to surpass the matrix effect influencing the calibration curves in case of some elements.Obtained results showed that LIBS responses are comparable to the normalized analytical methods. Once optimized the experimental conditions and features, application of LIBS may be a promising technique for combustion process control even in on-line mode. 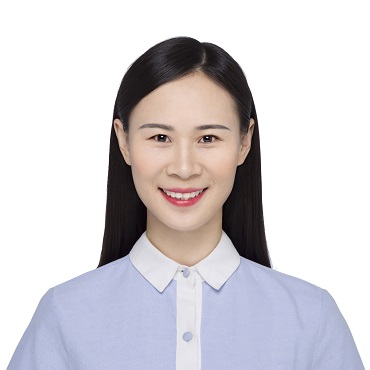 Tissue ablation in structures of the body, as brain and eye, requires maximum precision in ablation of the target tissue while minimizing collateral damage to adjacent tissue. The viability of the remaining tissue is of great importance in assessing the effectiveness of ablation. Lasers at 6.45 μm wavelength have tremendous potential as high-precision surgical tools, as it offers tissue ablation a minimal collateral damage and a substantial ablation rate. The penetration depth at this wavelength amounts to several μm which is comparable to the cell size, i.e. close to the optimum value, and it is useful for tissue ablation, especially in brain or eye surgery. Then the investigation of 6.45 μm laser has become a hot topic.
In this letter we report a LiInS2 (LIS) MIR-OPA system directly pumped by a 1064 nm fundamental laser. The 1064 nm pump source has a maximum energy of 50 mJ, with repetition of 10 Hz and pulse duration of 30 ps. The injection energy of seed laser at 1.27 μm is 52 μJ at repetition of 10 Hz. A type II phase matched LIS crystal (θ=90º, ∅=37.5º) is selected for MIR-OPA. The crystal has a size of 3 mm×3 mm×15 mm, with antireflection coated for both faces at the pump, signal and idler wavelengths. When the pump energy was 1.46 mJ, a maximum idler energy of 43.6 μJ at 6.45 μm is achieved with repetition of 10 Hz, corresponding to an optical to optical efficiency of 3%.
14:00-14:30 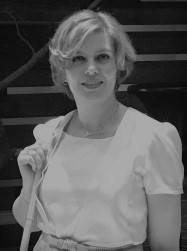 Niloufar RaeisHosseini (Nellie), is an honorary research fellow in the Department of Electrical and Electronic Engineering (EEE), Imperial College London, where she conducts her research in a multi-disciplinary team of “Circuit and Systems”. She is an awardee of “Newton International Fellowship” offered by the “Royal Society”. She is an international expert in nanoelectronic materials and nanoscale devices. She has fulfilled her first postdoctoral fellowship by awarding a professional research grant from the National Research Foundation (NRF) of South Korean government by joining in “Nanoscale Photonics & Integrated Manufacturing” group at “Pohang University of Science and Technology” (POSTECH), soon after receiving her Ph.D in “Nanoelectronic Materials and Devices” from the same university.

Phase change metamaterial (PCM) is a potential candidate to be assimilated in planar structures to make a new generation of tunable optical devices. We developed a tunable perfect absorber based on PCM, which also works as a non-volatile optical memory. By exploiting the advantage of switching the PCM between amorphous and crystalline states, we designed and fabricated a flexible programmable perfect absorber. The suggested device reflects the basic requirements of a re-writable and non-volatile memory by absorbing the light into a thin film of a PCM.
14:30-15:00 Title: Medical Photonics, Photo-biomodulation and the Future Disruptive Revolution by Lasers in Medicine

Non-healthcare industries have used a wide spectrum of energy-based systems for many different purposes, from microchip manufacturing to artist creations, but few have been exploited by surgeons. Although many technologies are large and sophisticated image-guided systems that provide precise targeting at the molecular and atomic level, new emerging technologies are small, hand-held portable systems. Thus, many time-honored surgical procedures will be performed as outpatient or office procedures, providing new opportunities for photonics in the clinical realm. A more disruptive change of the next revolution is directed energy for diagnosis and therapy (DEDAT), taking surgery to the final step – non-invasive surgery. Combining experience in lasers, photo-biomodulation, image guided surgery and robotic surgery, there are new energy-based technologies which provide the control and precision of photonic energy that enable operating (non-invasively) at the cellular and molecular level. The evidence that has been building from the multiple disciplinary fields of photonics, computer assisted surgery, genetic engineering and molecular biology communities (Radiology, Surgery, Plasma Medicine, Molecular Biology, the Human Genome) will be presented, including technologies beyond photonics such as high-intensity focused ultrasound (HIFU), terahertz imaging and therapeutics – to name a few. Though still in its infancy, DEDAT is but the tip of the iceberg that heralds the transition to non-invasive surgery. Such systems are based upon the premise that directed energy can bring precision, speed and reliability - especially as surgery ‘descends’ into operating at the cellular and molecular level. Nobel Laureate Richard Feynman was right – there is “plenty of room at the bottom”.