Be a part of International conference on Materials & Nanomaterials 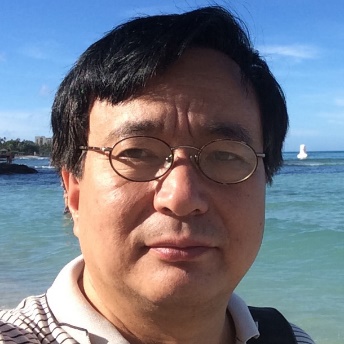 Dr. Qiang is a full professor of physics and professor in the Nuclear Engineering Program at the University of Idaho, US. He is the chairman of Idaho Academy of Science and Engineering. He received his MS degree 1985 at the Harbin Institute of Technology and Ph.D. in1997 at the University of Freiburg, Germany. Dr. Qiang’s research focuses on magnetism and magnetic nanomaterials. He has studied magnetic nanoparticles and nanocomposites for more than 30 years, including synthesis of monodispersive nanoclusters and nanocluster-assembled composites; characterization of magnetic and optical properties as well as transport properties by conductivity, optics, susceptibility and theoretical investigation. He applies magnetic nanomaterials in energy, environmental and biomedical science and nanotechnology.  Presently Dr. Qiang’s research interests are a) Nano-Nuclear Technology and magnetic separation nanotechnology for used nuclear fuel recycling; b) High temperature ferromagnetism and giant magnetoresistance of semiconductor oxide nanomaterials for spintronics; and c) Iron-based magnetic nanoparticles for cancer treatment and environmental remediation.

Nuclear energy is one of the best sources of clean energy. One major concern is the disposal of the used nuclear fuel, any process for its disposal needs to have a minimal impact on the environment. Globally plutonium and uranium recovery for MOX fuel is performed using the PUREX process. However, this comes with certain disadvantages such as the requirement for large quantities of separation reagents and the generation of significant volumes of secondary waste that might increase the threat of proliferation. With long term storage of used nuclear fuel, there is potential for contaminating ground water due to the performance of interim and long-term geologic storage containers. Novel magnetic nanosorbents-surface functionalized magnetic nanoparticles conjugated with specific metal chelators-has been developed for separation of metal ions from aqueous systems, which offers a simple, fast, effective, and environmentally benign technique in spent nuclear separation. The unique properties of magnetic nanoparticles (MNPs), such as their extremely small size and high surface area to volume ratio, provide better kinetics for the adsorption of metal ions from aqueous solutions. The high magnetic susceptibility of MNPs aids in an efficient separation of particles from waste solution. In this work, we demonstrated the separation of minor actinides using complex conjugates of MNPs with DTPA chelator. The uptake behavior of Am(III), Pu(IV), U(VI), and Np(V) from 0.1M NaNO3 solution was determined. The sorption results show the strong affinity of DTPA towards Am(III) and Pu(IV) by extracting 97% and 80% of actinides, respectively. Advanced magnetic separation nanotechnology proves an effective method for used nuclear fuel recycling as it is a simple, versatile, compact, and cost-efficient process that minimizes secondary waste and improves storage performance.