Be a part of 12th Annual Nephrologists Summit 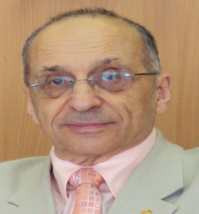 Title: Influence of Ð¡urcuma longa rhizome powder on morphofunctional parameters of kidneys in rats with experimental model of diabetes mellitus

The International Academy of Sciences of the High  School and Russian Academy of Natural Sciences, the academician of the International Academy of Sciences of ecological safety,   Dr.Sci.Biol., Professor, Head of Dept. of anatomy, physiology, and safety of life, Director of the scientific research institute of health and safety at Novosibirsk State Pedagogical University, the honored professor of Tuva State University. The foreign member of the American physiological society, a full member of the European Society of pediatrists-nephrologists, and the editorial member of seven scientific journals. In 1996 was included in the International biographic directory of famous scientists. He has over 800 publications that have been cited over 5900 times, and his publication H-index is 31.

The effect of turmeric rhizome powder (Curcuma longa) on water-mineral balance, morphological structure, and kidney functions was studied in experiments on rats with an alloxan-induced model of type 1 diabetes mellitus. Three groups of animals were studied: control ones (C) and diabetic rats: on standard diet (D) and animals, which got Curcuma longa at the amount of 2% of the food mass (D+Cl). It was found that in diabetic rats the plasma sodium and potassium concentrations did not change, while urea concentration (from 18.2±1.6 to 29.5±3.2 mmol/L) and creatinine level (from 0.8±0.01 to 1.4±0.08 mmol/L) significantly increased compared to similar parameters of healthy animals (C). The other plasma parameters between diabetic animals on a standard feed (D) and the rats, consuming turmeric (D+Cl), did not differ. The study of the basal hydro- and enuretic renal function in diabetic rats did not reveal a significant increase in urine output in the experimental groups. Glomerular filtration rate and level of tubular reabsorption did not significantly differ between groups as well as the fractional potassium (22.2±4.9 and 27.3±3.0 %) and sodium (0.4±0.11 0.6±0.09%) excretion. But in rats with DM the characteristic damage of renal tissue consists of the occurrence of protein, fibers, collagen, sulfatic glycosaminoglycans, and sclerosis of nephritic little bodies between leaves of Shumljansky-Boumen’s capsule was marked. The use of turmeric optimized the morphological processes in the kidney of animals with diabetes mellitus and reduced structural damage in the renal bodies. These results of morphohistochemical and functional analysis of kidneys suggest that the consumption of turmeric by animals with diabetes reduces the level of structural disorders in the nephrons, but does not cause significant changes in kidney functions in conditions of spontaneous urination.