We have been carefully monitoring the likely situation for our upcoming conference regarding the Coronavirus (COVID-19) and as a result, we have made the decision to hold the 5th World Plant Genomics and Plant Science Congress (Plant Genomics 2021) virtually on September 27-28, 2021. As our first priority is to the health and safety of our participants, we believed that it was necessary to take the action.

All registered authors with accepted papers for oral presentations should prepare a recorded video presentation or PowerPoint slides with voice and submit it to the conference administrator (contact@meetingsint.com | plantscience@theexpertsmeet.com) at least 15 days prior to the conference.

5th World Plant Genomics and Plant Science Congress will be scheduled in Paris, France during September 27-28, 2021 which includes prompt keynote presentations, Oral talks, Workshops/Symposia, Poster presentations, and Exhibitions. The theme of the conference is around, “Surpassing the Vision in Plant Genomics and Plant Science”. Plant Genomics Congress is the premier event that brings together a unique and international mix of experts, researchers, and decision-makers both from academia and industry across the globe to exchange their knowledge, expertise, and research innovations to build a world-class plant genomics conference. The event focuses on aspects such as breeding, molecular marker development, crop improvement, disease resistance, epigenetics, evolution studies, and pathology as well as understanding tools to overcome barrier and enable successful data analysis and management. Presentations concentrate not only particular to plant genomics but also crop and forestry research ranging from wheat, barley, maize, and rice to potato, tomato, Arabidopsis, biofuels and various fruits. Plant Genomics Event is your best opportunity to reach the largest assemblage of participants from the Plant Science and Plant Genomics community.

The plant genomics market is estimated to account for a value of USD 7.3 billion in 2019 and is projected to grow at a CAGR of 8.3% from 2019, to reach a value of USD 11.7 billion by 2025. The increasing application of genomics in plant breeding and conservation of genetic resources are techniques that are gaining the attention of many researchers globally and are driving the growth of the market.
Scope of Plant Genomics:
The scope of plant genomics has shifted from a simple molecular database collection through sequencing to a more advanced understanding of DNA functions and effects through the methylation process. The application of these technologies in the field of agriculture is projected to improve global food security. Since the last decade, research in plant genomics has gained momentum, with the development and commercialization of important technologies such as microarrays, quantitative polymerase chain reaction (PCRs), and deoxyribonucleic acid (DNA) sequencing technologies such as nanopore sequencing, next-generation sequencing, Illumina HiSeq, and PacBiosequencing. Growth of research in plant genomics requires the support of government authorities and private investment firms, to increase the potential prospects of utilizing genetic information.

The environmental effects of using agrochemicals, the need for environment-friendly & innovative production methods, the advent of agricultural modernization, and the demand for a better value for crops have increased the possibilities of new avenues for the agricultural community. The application of biotechnological methods in plant genomics effectively reduces the time taken to study the plant gene processes. It also helps in discovering more information about the function of the gene of interest. With the declining cost of genetic services in all industries, the use of plant genomic techniques is expected to grow, which is, in turn, projected to drive the global market. The key drivers of this industry include the need for technological advancements; a rise in demand for improved crop varieties; cost-effectiveness of genomics; and rise in plant genome funding, which is fueling the adoption of innovative technologies, ensuring strong market growth for plant genomics.
Agriculture in France:
Agriculture has changed in other ways. Farm structures have been modified substantially, and the number of holdings have been greatly reduced since 1955, numerous small farms disappearing. By the late 1990s there were fewer than 700,000 holdings, compared with more than 2,000,000 in the mid-1950s and more than 1,000,000 in the late 1980s. The average size of farms has risen considerably, to close to 100 acres (40 hectares). Large holdings are located primarily in the cereal-producing regions of the Paris Basin, while small holdings are most common in Mediterranean regions, the lower Rhône valley, Alsace, and Brittany. Important technical changes have also occurred, ranging from the increased use of intermediate products such as fertilizers and pesticides to the widespread use of irrigation (nearly one-tenth of agricultural land is now irrigated) and the growth of crops within controlled environments, such as under glass or plastic canopies. Marketing systems have also been modified, as an increasing proportion of output is grown under contract. Together such changes have led to a remarkable increase in output of major agricultural products, but they have also resulted in a large reduction in the number of agricultural workers and the increased indebtedness of many farmers, and the related negative effects on the environment have given rise to the organic farming movement.
Significant Plant Science Associations around the world
Universities and Research institutes in Asia:
Top Universities in Middle East:
Top Universities in Europe:
Top Plant Science and Plant Genomics Universities in USA:
International Research Centres for Plant Sciences and Plant Genomics:
A Unique Opportunity for Advertisers and Sponsors at this International event:
The increasing application of genomics in plant breeding and conservation of genetic resources are techniques that are gaining the attention of many researchers globally and are driving the growth of the market. The plant genomics market is estimated to account for a value of USD 7.3 billion in 2019 and is projected to grow at a CAGR of 8.3% from 2019, to reach a value of USD 11.7 billion by 2025.
The molecular engineering segment is estimated to witness the fastest growth in the plant genomics market, in terms of value, from 2019 to 2025. The molecular engineering segment in the market for plant genomics is projected to be the fastest-growing segment. Marker-assisted selection is the most widely adopted process in molecular breeding by key breeding entities, majorly for crop applications. Molecular plant engineering technologies have been rapidly adopted by developed countries such as the US, France, Germany, the Netherlands, and the UK, which jointly have a higher adoption rate. This means that this technology has immense growth potential on a commercial scale in developing economies.
The adoption of modern plant sequencing techniques has been extensive in developed countries for crops such as corn and wheat; hence, cereals & grains formed the dominant application in 2018. The growth in the adoption of various molecular breeding types, such as molecular engineering and genetic engineering tools, would increase the performance of crops to gain better prices in the market. The plant genomic service companies are largely focusing on the development of major cereals & grains such as corn, wheat, rice, and other grains.

When you want to be seen with the content that matters, advertise with Meetings International and reach minds that count. Meetings International is a global leader in producing high quality conferences and workshops in all major fields of science, technology and medicine.
Meetings International websites are being visited by doctors, engineers, young and budding researchers, entrepreneurs, eminent scientists, academicians and Nobel laureates from various sectors of medical and non-medical sciences. We can target impressions of your advertisements by conferences subject or region and report results in comprehensive detail.
5th World Plant Genomics and Plant Science Congress encourages various companies and small-scale businesses to digitally advertise their products and services on its web platform which will help in informing and attracting new customers quickly and efficiently. The size and diversity of our advertising options provide clients with the very best customized marketing opportunities. The advertising platform we provide you is the best chance of showcasing your products/services, and branding your company.
If you are looking for a global exposure for your products and services, this is the right place for you. Display advertising improves the visibility of your products and services among specialists in your field. Bring your product to life and create instant brand awareness with a banner ad placement. Make your banner interactive to direct people to where you want them to go. We offer banner ads on our website which will be beneficial for life science professionals across the globe.
Our subscribers and conference attendees can be your upcoming enthusiastic customers. If you are agricultural marketing or provide services related to plant genomics, here is your opportunity to advertise in the website that can connect you to leading experts and specialists worldwide.
Advertisement banner should be provided by the advertising company and must be in jpg or jpeg format. The banner must be of high resolution and must not have copyright infringement.
In case you have any queries regarding advertising opportunities, please contact our representative: contact@meetingsint.com

Eligibility:
Young Scientists, faculty members, post-doctoral fellows, PhD scholars and bright Final Year MSc and M.Phil. candidates. Persons from Scientific Industry can also participate.
Benefits: The Young Scientist Feature is a platform to promote young researchers in their respective area by giving them a chance to present their achievements and future perspectives.
Criteria:
Guidelines:
Conditions of Acceptance:
To receive the award, the awardees must submit the presentation for which the award is given, for publication at the website, along with author permission. Failure to submit the PPT and permission within the designated timeframe will result in the forfeiture of the award.
Award Announcements:
The official announcement of the recipients will occur after the completion of Plant Genomics Conference. 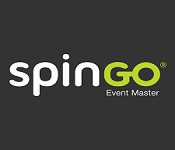