Paris, France's capital is a major European city and a global centre for art, fashion, gastronomy and culture. Its 19th-century cityscape is crisscrossed by wide boulevards and the River Seine. Paris is in the Paris department of the Paris-Isle-of-France region. The French historic, political and economic capital, with a population of only 2.5 million is located in the northern part of France.  Paris has a population of more than 2 million people, and the city is divided into 20 "arrondissements" (districts) which are numbered 1 to 20. The river Seine divides the city into the Rive Gauche on the south and the Rive Droite on the north banks of the river.  The streets where made much wider, places and squares where built and the buildings completely rebuilt. The atmosphere was totally transformed, space and perspective being main ingredient such as you can see on the Avenue des Champs-Elysees, whilst preserving historical buildings such as Notre Dame. This also influenced other French cities to change.

Top most attractions in Paris:
Built by Gustave Eiffel to commemorate the centenary of the French Revolution, it is presented at the Exposition Universelle in Paris in 1889. 324 meters high, it is one of the most visited monuments in the world with nearly 7 million visitors a year. One of the most enduring symbols of Paris: Notre-Dame de Paris, also known as Notre Dame, a Roman Catholic cathedral is located on the eastern half of the Ile de la Cité. It is widely considered one of the finest examples of French Gothic architecture in France and Europe. The Louvre Museum is the most visited art museum in the world. Located in the heart of Paris, this historic building is a former royal palace, with an area of 210,000 square meters including 60,600 for the exhibitions. The museum is housed in the Louvre, originally a fortress built in the late 12th century under Philip II. The remains of the fortress are visible in the basement of the museum. Find the best way to visit the "City of Light" enjoying a cruise on the Seine, especially at night.
When the sun sets, the monuments are lit slowly. You get a panoramic view to the forefront so you can enjoy the beauty of Paris: Eiffel Tower, Notre Dame, Pont Alexandre III and many more. Montmartre is a hill located in the north of Paris, 130 meters high, having its name to the surrounding neighborhood. It is best known for the white-domed Basilica of the Sacred Heart, at the top. The Chateau de Versailles is the most famous castle in France. Built in the 17th century as a symbol of military power of France and as a demonstration of French supremacy in Europe, Versailles was the seat of political power in the Kingdom of France from 1682 to 1789. This huge complex of buildings, gardens and terraces is definitely a must for any visitor who will be captivated by exceptional accommodations, lavish decorations, furniture and gilded works of Renaissance art. The Latin Quarter of Paris is located on the left bank of the Seine, around the Sorbonne. Known for its student life, lively atmosphere and bistros, the Latin Quarter is the home to many higher education institutions, such as the Ecole Normale Superieure, the Ecole des Mines de Paris or the Ecole Polytechnique. The Moulin Rouge is a cabaret known as the spiritual birthplace of the famous French Cancan. Located at the foot of Montmartre hill in the heart of Pigalle, it was built in 1889 by Joseph Oller and Charles Zidler. Disneyland Paris has two theme parks: Disneyland (with Sleeping Beauty's castle) and Walt Disney Studios. Top attractions are Space Mountain, It's a Small World and Big Thunder Mountain. 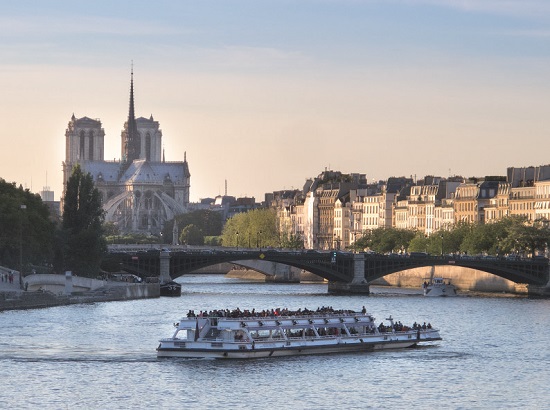