Be a part of 11th International Conference on Vascular Surgery

Meetings International stretches out its greeting to the "11th International Conference on Vascular Surgery" planned on September 21-22, 2022 in Berlin, Germany with the theme “Patient Care and Medical Devices during Vascular Surgery". This worldwide gathering is the place where one can go beyond imagination apart from the scientific world. This conference will be a distinct platform where you will get the opportunity to meet experts and can continue to engage the extraordinary talents and resources which can lead us to an important time. The joy of attending Vascular Surgery 2022 brings with it improvement and incremental growth in your approach to try things, in a broader manner to ascertain things and therefore the beauty to measure international diversity.

Sessions 2: Laparoscopic Surgery
This procedure is also known as keyhole surgery or minimally invasive surgery. Large incisions can be avoided during laparoscopy because the surgeon uses an instrument called a laparoscope. This is a small tube that has a light source and a camera, which relays images of the inside of the abdomen or pelvis to a television monitor. The advantages of this technique over traditional open surgery include a shorter hospital stay and faster recovery time, less pain and bleeding after the operation, reduced scarring. Laparoscopy can be used to help diagnose a wide range of conditions that develop inside the abdomen or pelvis. It can also be used to carry out surgical procedures, such as removing a damaged or diseased organ or removing a tissue sample for further testing (biopsy). Laparoscopy is most commonly used in gynecology – the study and treatment of conditions affecting the female reproductive system. Gastroenterology – the study and treatment of conditions affecting the digestive system. Urology – the study and treatment of conditions affecting the urinary system.
Vascular surgery conference | surgery | Physicians | Trauma surgery | Endocrine | Proctology | vascular conference | Sphincterotomy

Sessions 3: Colorectal Surgery
Colorectal surgery is a field in medicine dealing with disorders of the rectum, anus, and colon. The field is also known as proctology, but this term is now used infrequently within medicine and is most often employed to identify practices relating to the anus and rectum in particular. The surgeon will make a cut on your abdomen and remove the diseased part of your small bowel. They will often need to also remove a part of your large bowel, and your surgeon will usually join the ends of your bowel back together – although sometimes this is not possible. Surgeries performed by Med Star Health colon and rectal surgeons include Colectomy, Colostomy, Endoscopic Surgery, Haemorrhoidectomy, Ileal Pouch Anal Anastomosis (J-Pouch), Inflammatory Bowel Disease (IBD) Surgery, Internal Sphincterotomy, Rectopexy, Resection
Vascular surgery conference | surgery | Physicians | Trauma surgery | Endocrine | Proctology | vascular conference | Sphincterotomy

Sessions 4: Vascular Surgery
Vascular procedures include Amputation including procedures to save limbs from disease, burns, infection, and Aneurysm repair including abdominal aortic aneurysms. Angioplasty and stenting including procedures on the renal (kidney) arteries. Atherectomy and endarterectomy of non-coronary (heart) arteries. Vascular surgery refers to a variety of different procedures to treat injuries and disorders of the arteries, veins, and lymph vessels. Vascular surgery procedures are performed on the aorta and arteries and veins in the neck, abdomen, pelvis, legs, and arms, excluding those in the heart and brain. Cardiothoracic surgeons perform surgery on the coronary arteries and those leaving and entering the heart; neurosurgeons (and neurovascular) surgeons focus on intracranial vessels
Vascular surgery conference | surgery | Physicians | Trauma surgery | Endocrine | Proctology | vascular conference | Sphincterotomy

Sessions 6: Surgical Oncology
Surgical oncology is a field of medicine that uses surgery to treat cancer. Its main goal is to find harmful tumors in your body and remove them. Doctors who practice surgical oncology can also see if you have cancer or find out if the disease has spread to other parts of your body. Surgical oncology can help people during the early stages of cancer or when the condition is more advanced. Some common reasons you might need this type of medicine are: To prevent cancer. If you have a high risk of getting the disease in a certain part of your body, a surgical oncologist can do an operation to prevent it. They remove tissue in the area that’s precancerous or likely to become cancer. For example, some women who have a very strong family history of breast or ovarian cancer and mutations in genes that are linked with the disease may work with a surgical oncologist to remove their breasts before cancer appears. To see if you have cancer. When your doctor sees growth or other signs of a tumor, a surgical oncologist can remove all or part of the tissue. Then, a scientist can study it under a microscope to see if it has cancer cells. This procedure is called a biopsy. Oncologists use surgery to understand how advanced someone’s condition is. They look at the size of a tumor and see if it has spread to other parts of your body, like lymph nodes or other organs.
Vascular surgery conference | surgery | Physicians | Trauma surgery | Endocrine | Proctology | vascular conference | Sphincterotomy

Major Manufactures, Industry Chain Analysis, gross margin, growth rate, and the most effective development within the organization comprised throughout this analysis, additionally to the present. Global Vascular Healthcare Market Research Report offers readers a comparative assessment of key market players and a strategic overview of the global Vascular Healthcare market. 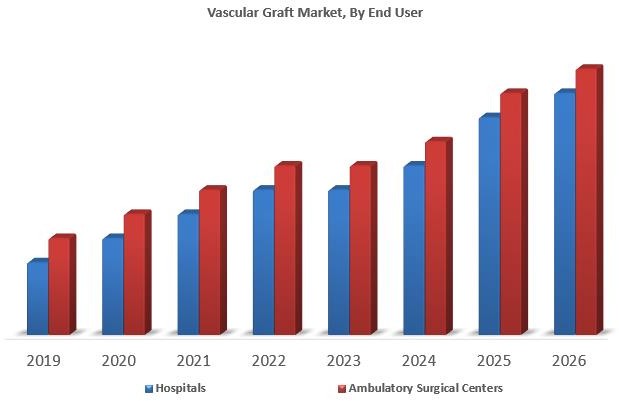 Target Audience:
The target audience will be mostly Vascular Surgeons and Residents but also General Surgeons, Angiology Specialists, Phlebologists, Interventional Radiologists, Vascular Medicine Specialists, Dermatologists, Nurses, Technicians, and all others interested in the management of venous and arterial diseases. Meetings International is announcing the Young Scientist Awards through the "11th International Conference on Vascular surgery" scheduled on September 21-22, 2022, in Berlin, Germany with a Theme of "Patient care and medical devices during vascular surgery". Vascular surgery 2022 will recognize participants who have significantly added value to the scientific community of critical care and provide them with outstanding Young Scientist Awards. The Young Scientist Award will provide a strong professional development opportunity for young researchers by meeting experts to exchange and share their experiences at our international conferences. Vascular surgery 2022 aims at the level of thought that individual patients need at various centers in their course. Clinical decision guidelines are generally perceived as best practice for an inexorably normal nearness in the biomedical composition "International Conference on Vascular surgery". Organizing committee conferences is providing a platform for all the budding young researchers, young investigators, post-graduate/Master students, Ph.D. students, and trainees to showcase their research and innovation.

Benefits:
The Young Scientist Feature is a platform to promote young researchers in their respective areas by giving them a chance to present their achievements and future perspectives.

Conditions of Acceptance:
To receive the award, the awardee must submit the presentation for which the award is given, for publication on the website, along with author permission. Failure to submit the PPT and permission within the designated timeframe will result in forfeiture of the award.

Announcements:
The official announcement of the recipients will occur after the completion of  Vascular Surgery 2022.

Eminent Key Note Speaker Award:
Vascular surgery 2022 will confer the Model Key Note Speaker Award to the researchers who have spent a considerable time of their academic life on research related to the conference topics. The Keynote speaker award is for the researchers/speakers who have done all the hard work behind the scene. It will be a small clap for their dedication and hard work.

Outstanding Speaker Award:
Vascular surgery 2022 will bestow a model Speaker award to those researchers who have made a significant contribution to the conference topic during their research period as well as presented the research topic in an impressive way in the oral presentation during the summit. It will be an apt appreciation from the Jury as well as from the delegates. The award they receive will motivate them to march forward with the research work.

Committee Member Award:
Vascular surgery 2022 will take this opportunity to facilitate eminent experts from this field with the model Organizing Committee Member award for their phenomenal contribution to society through their academic research.  This will be a trivial but significant reorganization of their dedication and discipline.

Promising Young Researcher Award:
The motive of this Award during the Vascular surgery 2022 is to appreciate the research work of the budding young researcher who is continuing their research work to create a better society. The award will provide them with a tremendous amount of encouragement to keep moving forward.

Educative Poster Award:
The Educative Poster award for the Vascular surgery 2022 will be endorsed by those who wish to display their research paper through a poster and will act as a guiding force for those researchers. The award will be presented to the most informative and educative research poster.

Vascular surgery conference will bring like Innovation and Development of clinical and surgery crisis and specialists, surgery deans, professors, and surgery students to work together on issues influencing vascular surgery and social insurance examine the advancement in the surgery field, and share their encounters by the eminent scientists through the world. They are the healthcare professionals who are coordinating care for patients 24/7. We guarantee that participants get back to their clinics empowered to improve their medical practice and outfitted with demonstrated strategies to do as such. This meeting progresses the forte act of medical proficient advancement for the improvement of medical care results. Our Conference will offer you an unrivaled participant experience. Go along with us in Berlin to find out about creative instructive procedures you can apply in your work setting and interface with an organization of medical attendants. 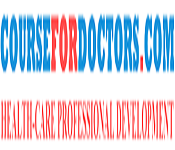