Be a part of 11th International Conference on Vascular Surgery 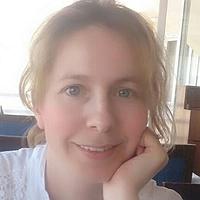 Title: A Vascular Surgeon Should Know What Eritema AB IGNE

Erythema Ab IGNE (EAI) has been characterized as asymptomatic localized area of reticulated erythema and hyperpigmentation due to chronic and prolonged exposure to heat at relative lower temperatures. Patients with EAI think that the disease is caused by circulatory disorder. Therefore, these patients are frequently referred to the vascular surgery polyclinic. The diagnosis of this disease can be made with a simple physical examination and anamnesis. The treatment is to get away from the exposure of the agent. Although EAI is common and the treatment is very easy, the diagnosis can be challenging for vascular surgeons due to the lack of familiarity. So in this article, a 29-year-old male with EAI has been presented to remind the vascular surgeon of this disease in context of current literature information. 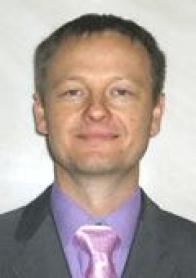 Petr Stadler, Prof, M.D., Ph.D., Head Department of Vascular Surgery, Na Homolce Hospital in Prague, Czech Republic. He was certified as a console surgeon for the da Vinci surgical system in August, 2005 at the University of California, Irvine. Dr. Stadler is a member of the Czech Association of Cardiovascular Surgery, the ESVS, the ISMICS, the SRS and a found-ing member of the International Endovascular and Laparoscopic Society. He has also received a few prestigious honors from the Czech Association of Cardiovascular Surgery for the best publications in 2004 and 2006, the Letter of Appreciation from Korean Society of Endoscopic and Laparoscopic Surgeons in May 2008, the price of the Czech Society of An-giology for the publication in the year 2007 and the best audiovisual presentation in 2009 in USA (ISMICS) and in 2013 in USA (SCVS). He performed also the robotic vascular opera-tions in South Korea, Russia, Poland and India.

The da Vinci system has been used by a variety of disciplines for laparoscopic procedures but the use of robots in vascular surgery is still relatively unknown. The feasibility of laparoscopic aortic surgery with robotic assistance has been sufficiently demonstrated. Our clinical experience with robot-assisted vascular surgery performed using the da Vinci system is herein described. Methods: Between November 2005 and September 2015, we performed 342 robot-assisted vascular procedures. 245 patients were prospectively evaluated for occlusive diseases, 70 patients for abdominal aortic aneurysm, four for a common iliac artery aneurysm, five for a splenic artery aneurysm, one for an internal mammary artery aneurysm five for hybrid procedures, three for median arcuate ligament release and nine for end leak II treatment post EVAR. Results: 327 cases (95.6%) were successfully completed robotically; one patient's surgery (0.3%) was discontinued during laparoscopy due to heavy aortic calcification. In fourteen patients (4%) conversion was necessary. The thirty-day mortality rate was 0.3% and early non-lethal postoperative complications were observed in six patients (1.75%). Conclusions: Our experience with robotassisted laparoscopic surgery has demonstrated the feasibility of this technique for occlusive diseases, aneurysms, end leak II treatment post EVAR, for median arcuate ligament release and hybrid procedures. 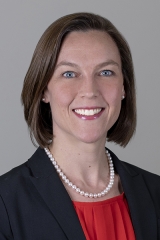 Brigitte Smith, M.D. is an Assistant Professor of Vascular Surgery, the Acting Program Director for the Vascular Surgery Fellowship and Vice Chair of Education for the Department of Surgery. She grew up in Wisconsin and received her Doctor of Medicine from the University of Wisconsin School of Medicine and Public Health in Madison, Wisconsin. She continued her training there as the first resident in the Integrated Vascular Surgery Residency Program. During her residency she developed an interest in surgical education and completed a Surgical Education Research Fellowship through the Association for Surgical Education.

Background and Objectives: Identification of hospitalized patients who smoke has shown significant improvement in recent years, but provision of evidence-based tobacco cessation treatment remains a challenge. This study evaluated the utilization of an electronic health record (EHR) to facilitate implementation of evidence-based clinical practice guidelines for smoking cessation on a vascular surgery inpatient unit.

Methods: A pre- and post-intervention cohort study was conducted over 6 months at a single academic medical center with a comprehensive EHR. All patients admitted to the vascular surgery service and documented as current smokers were included. A vascular surgery discharge order set with an evidence-based smoking cessation module was developed and implemented. The primary outcome was prescription of nicotine replacement therapy (NRT) at the time of discharge. The secondary outcome was referral for smoking cessation counselling at the time of discharge.

Dr. Raed  Nayef  Zalloum is working as a Cardiovascular Specialist at Bezmialem Foundation University, Turkey. He is a Head of the vascular surgery department in Jazan armed forces hospital, Saudi Arabia.

A 73 years old female patient was referred to our hospital due to a chest and back pain,the primary diagnosis in the refering hospital was assumed as a ruptured aortic arch aneurysm. The patient was admitted to our cardiovascular intensive care unit and we started to do our investigations. 10 years ago, the patient had a history of CABG X 4 and advanced COPD disease, an increased opacity on the left side of the PA chest Xray was seen and thorax abdomin CTA was planned.A giant saccular aneurysm, 12 X 10 cm in size, originating at the distal aortic arch including the left subclavian artery was detected on the CTA without signs of rupturing. At the same time, a 7 X 6 cm abdominal aortic aneurysm was seen at the infrarenal level. We found out the troponin level was high and we submit our diagnosis as ACS. In the previous surgery reports of the patient, it was understood that LIMA was used for LAD bypass.The flow in LÄ°MA was severe decreased in the coronary angiography ,It was thought that the existing ACS was formed after the compression of the LIMA by the giant saccular aneurysm. Coronary revascularization was achieved with PTCA to the native LAD of the patient and clopidogrel 75mg OD started. The patient was followed up in CVS ICU until the decision of the next surgical procedure. In the follow-up after the procedure, it was observed that the troponin value decreased and the patient's pain completely disappeared. There were no complications after the procedure. After few days under clopidogrel the patient was taken to OR Arcus Aort Debranching was done with 7 X 14 mm collagen coated Hemagard(knitted) Y vascular graft;the proximal anastomosis was from the Asendan Aort while the distal anastomosis were right to Brachiocephalic trunk and left to the Left Common Carotid artery. At the end of the operation patient transfered to the Angiographic unit and with seldinger technique TEVAR graft was inserted successfully started from zone 0 in the Arcus aorta as proximal landing zone.The left subclavian artery was coiled from the ostium to forbid the retrograt flow inside the aneurysm sac.Patient was taken to the ICU unit for postoperative care.

In the first postoperative day ischemic changes was noticed on the left upper extremity Urgent artery duplex was done showing no thrombosis but the flow was insufficient.We took the patient again to OR and Supraclavicular Left Common Carotid Subclavian bypass was done with 6mm collagen knitted vascular graft.The patient was taken again to the ICU unit. Postoperatively the ischemia in the left hand improved,cardiac situation was acceptabile EF 55% controlled with ECHO,there was no pericardial tamponade,the inotrop drugs dosage were decreased,no hemopneumothorax was seen but unfortunately postoperative 6th day the patient died because of infective sepsis.