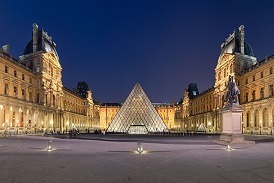 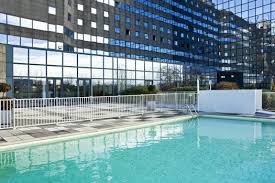 Paris is the capital and the most populous city of France. As of 2010, the population of Paris is 2.244 Million having an area of 105 square kilometres. The Paris is located in the North central region of France. Its located in the north-bending arc of the river Seine and includes two islands, the Île Saint-Louis and the larger Île de la Cité, which form the oldest part of the city. The metropolitan area of the city is 2,300 km². The name “Paris” is derived from the Celtic Parisii tribe. The city is often referred to as the “ The city of Light” because it was one of the first cities to adopt the gas street lighting. In terms of financial sectors and GDP Paris is the largest economy in Europe. In terms of Cost of living Paris ranked second most expensive city. The economy of the city is largely based on the service and commerce. In terms of culture, Paris has many famous artistes and it has attracted artistes from across the world who arrive in the city to educate themselves and to seek inspiration from its vast pool of artistic resources and galleries. The world’s second most visited museum, Louvre with 7.3 Million visitors in 2016. Its treasure mainly includes the Mona Lisa and Venus de Milo statue. Paris also hosts one of the largest science museums in Europe, the Cité des Sciences et de l'Industrie at La Villette, which attracted 2 million visitors in 2015, making it the fourth most popular national museum in the city. In terms of Fashion, Paris has been the international capital for high fashion since the 19th Century.  It’s also the home for the top five global cosmetic companies which include the L’Oreal. The cities top tourist attraction include the Notre Dame Cathedral, which welcomed 13.6 million visitors in 2015. The other top cultural attractions in Paris in 2015 were the Basilique du Sacré-Cœur, the Eiffel Tower, the Centre Pompidou and Musée d'Orsay.