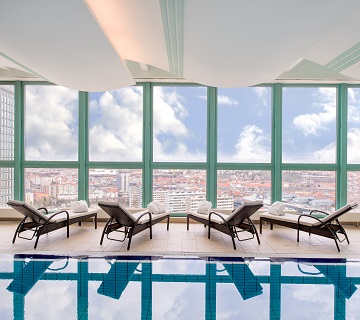 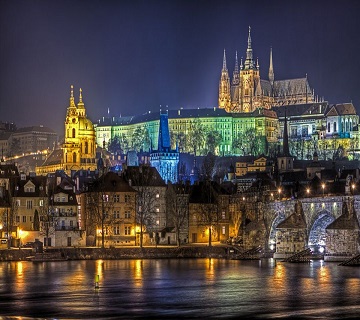 The physical attractions and landmarks of Prague are many. Among the finest is the Charles Bridge, which stands astride the Vltava River. The winding course of the Vltava, with its succession of bridges and changing vistas, contrasts with the ever-present backdrop of the great castle of Hradcany (Prague Castle), which dominates the left-bank region of the city from behind massive walls set high on a hill. The narrow streets and little taverns and restaurants of the older quarters contrast with the broad sweep of Wenceslas Square and modern parks and housing developments, while the great 18th-century Baroque palaces have their own elegance and splendour. Seen from the surrounding hills, the many church towers make up a unique perspective, giving Prague its description as the “city of a hundred spires.” This architectural harmony was enhanced by post-1945 planning, which preserved the ancient core of the city as a major monument and carefully supervised all modern building.

When you visit Prague, it is worth remembering that not only does the city boast an impressive history, which stretches back many hundreds of years, but it has also fostered prominent architects, artists, and designers of the 20th century. Prague was once the centre of Central European modernism, a fact which today, after a long period of dictatorship, has almost faded into oblivion. During recent years, modernist Czech architecture and interior design have experienced a recovery, and there is nearly always a good exhibition to see.