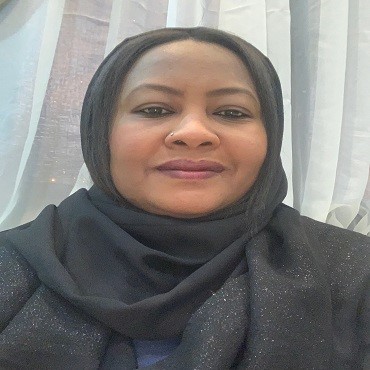 Stress is often associated with being exposed to pressure usually in the working environment. Numerous researches were establishing in health care professional specifically among nurses the negative impact of job related stress. Among the many factors, communication and workload have been as major factors that contribute to stress. Over the years, simulation training has been used an alternative clinical experience to assess clinical competence for new graduate nurses in response to specific clinical situations. Simulation learning is envisaged to be a novel route towards reducing stress and gaining access to relevant clinical experience that may be essential to new graduate nurses. The aim of this study was to explored stressors among new graduate registered nurses in the intensive care units (ICUs) in one hospital in Saudi Arabian and explores the use of a complex intervention of simulation based learning exercise (SBLE) to assist in reducing stress. Methods: This research was designed based on mixed method design with interventions. The research involved three studies, which incorporated both quantitative and qualitative approaches, whereby a sequential exploratory design was explored. 189 Saudi new graduate registered nurses were surveyed about their experiences of stress in their units using the expanded nurse stress scale (ENSS) and perceived stress scales (PSS). Interviewed 5 nurse educators in one group discussion about their educational support for graduates in their units. Individual interviews of 10 new graduate registered nurses of their experiences in ICUs. The results from both the approaches were then integrated using complementarity and triangulation techniques, and was designed a complex intervention which was Simulation Based Learning (SBL) but not implemented to potentially better manage these stressors. The results showed that the Saudi new graduate registered nurses were indeed exposed to a plethora of high level stressors working in such a challenging environment. As consequence the SBLE has been designed based on this findings and in the future will be tested. This research has contributed new knowledge regarding to the stressors experienced by Saudi new graduate nurses working in the ICUs. This study offers important recommendations and insight for the further to the new graduate nurses to be considered. 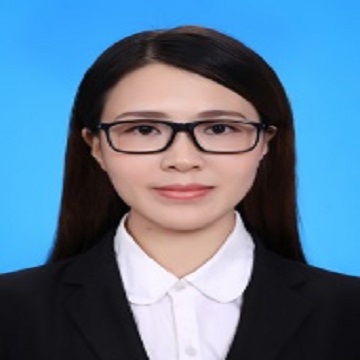 Title: Tracking The Trajectory of Exercise Adherence Over Time and Examining the Effect of Theory- Lead Intervention for Knee Osteoarthritis in Older Adults Cluster Randomized Trial

Limin Wang is interested in the geriatric nursing and rehabilitation nursing and has participant several meaningful researches about nee osteoarthritis in the elderly. The present study is a main about how to improve the life quality of elderly with KOA and help them cope with KOA in the long time. There is about 23.35 million people aged 60 or above years old with symptom KOA in China and the prevalence is about 11.1%-18.5%. They suffer from severe pain and limited function in remaining life. Our team are to improve the quality life of the patients by the intervention and we also would like to collaborate with other teams or scholarships from the world.

Knee osteoarthritis (KOA) is a common joint disease in people over 60 years old. Exercise therapy is one of the most effective non-pharmacological treatments for knee osteoarthritis, but low exercise adherence needs to be improved. The purpose of this study is to track the trajectory of exercise adherence over time and to examine the effect of the transtheoretical model-lead home exercise intervention (TTM-HEI) program on exercise adherence, symptoms and knee function in older adults with KOA.  The transtheoretical model (TTM) is a widely-used multistage of action and behaviors. The study combined the model with physical activity and conducted a 24-week transtheoretical model-lead home exercise intervention program for older adults with KOA with a two-arm, cluster randomized trial design in 2018.  At  weeks 4, 12, 24, 36, and 48 after the program started, exercise adherence measured by an 11-point numerical self-rating scale was accessed; KOA symptoms (pain intensity and joint stiffness) and knee function (lower limb muscle strength and balance) were measured at baseline, week 24, and week 48. Findings: Tracking the trajectory of exercise adherence over time in two groups using latent growth model (LGM), we found TTM-HEI could effectively maintain participants’ exercise adherence with 5.563 (SD=0.997) comparing with 3.159 (SD=1.313) in control group at week 48 and keep members relatively consistent and better growth rate of exercise adherence with increased 2.175 units compared with control group (unstandardized coefficient of slope on group B2 =2.175) and lower 1.62 units of variances of slope. Besides TTM-HEI could also relief KOA symptoms and improve knee function much better than control group. Exercise adherence shows big variance between individuals over time under no supervision and TTM-HEI program could maintain individuals’ good exercise habit by setting goals and tailoring the schedule.

Title: Evidentiary basis for the use of pulsed electromagnetic therapy (PEMF) in primary care for healing and prevention in people with complications of diabetes and in improving cardiac output in patients with congestive heart failure thereby preventing myocardial infarction and death

Thomas Sharon has completed his DNP from Brandman University, Irvine, California in October 2015. He is board certified by the American Nurses Credentialing Center in Adult-Gerontological Primary Care. In 2014, while a nurse practitioner student, he was awarded a diabetes research grant by the American Association of Nurse Practitioners for his pioneering work in utilizing pulsed electromagnetic therapy to stimulate angiogenesis in the plantar skin of people with diabetic neuropathy. He is the first researcher to use laser doppler technology for objective measurement of the proficiency of microcirculation. He has published 3 books and more than 12 journal articles. He is currently a primary care provider at Mind Body Solutions in Las Vegas, Nevada, USA and he is developing new research projects.

Diabetic lower extremity ischemia (DLEI) causes approximately 90,000 leg amputations each year in the United States. A review of the literature revealed that sufficient evidence exists to consider using pulsed electromagnetic field (PEMF) therapy as a non-invasive curative modality that could prevent many of these amputations. However, the staggering number of leg amputations following lengthy episodes of ischemic deterioration suggests a lack of consensus as to the efficacy of PEMF. Therefore, the purpose of this study is to provide an evidentiary basis for using PEMF therapy in a primary care setting to promote microvascular angiogenesis and thereby prevent skin ulceration. In this study, 7 people between the ages 54 and 65 who have diabetes mellitus type 2 and some level DLEI underwent 10 to 22 treatments with a Diapulse® PEMF device. Each participant was tested for microvascular red blood cell (RBC) perfusion (Q), volume concentration of moving RBCs (V), RBC speed (U) and temperature (T) in the plantar skin. These parameters were measured using a laser Doppler flowmeter before and after the course of treatment. The Wilcoxon Signed Rank Test showed significant increases in V and decreases in U (p = 0.018 for both) with Q being slightly above the significance level at p = 0.063. These findings are consistent with those found in the literature. Therefore, the use of PEMF for treating chronic wounds should be considered for inclusion in standard Advanced Practice Registered Nursing (APRN) guidelines for evidenced-based practice. However, the results of the pilot study do need to be confirmed by repeating the experiment with a larger sample size. This paper also provides a review of the evidence in the medical literature that demonstrates the development of angiogenesis in heart muscle as a means of reversing congestive heart failure following myocardial ischemia resulting from atherosclerosis in the minute coronary circulation. The available evidence suggests that achieving new collateral circulation in ischemic heart muscle is highly achievable. 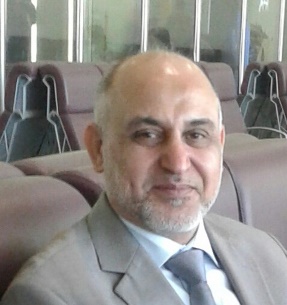 Title: The humility of the Doctor Is the Secret of His Success

Anwer Ghani Al-Mosewi is a physician and researcher from Iraq. He was born in 1973 in Hilla. He studied medicine in Najaf. In 1991 he entered Kufa Faculty of Medicine and graduated in 1997. In 2004 he obtained the Iraqi Board Certificate in Medicine from Baghdad. In 2015, he received the title of Consultant in Medicine from the Iraqi Ministry of Health.

Since we began training in clinical medicine at the Faculty of Medicine at the University of Kufa in Iraq, at the beginning of the nineties of the last century, I have noticed that the gratitude of patients is multiplied and great for the doctor who shows humility, a good reception, hospitality and more attention, while I find grumbling from the patients about the doctor who he deals with them with coldness, lack of interest and arrogance. This observation was repeated to me when I became a doctor residing in the hospital in my city in Hilla in Iraq, and I found the patients comfortable and reassured with the humble doctor who shows good meeting with them and kindness with them and treating them with kindness and love unlike the arrogant doctor who deals with them with arrogance and coldness. From that moment on, I chose to be a friend of the patient, as this is the nature of every human being towards any human being. I trained at that time with two professors of internal medicine, of the same age and science, but one of them was modest with patients and the other was arrogant towards them. I saw that patients resort to the humble doctor and not to the arrogant doctor. And when I was accepted into higher studies for specializations in Baghdad, I also found this note. That patients are more comfortable and reassured with a doctor who shows his interest, humility and intimacy with them, unlike those who deal with arrogance and sharpness. I became more steadfast in the way I am in dealing with the patient with all humility, love and brotherhood. And I made this a method for me in dealing with patients that the patient is my brother and friend, and I am always at his service and work for his benefit, and this is what I recommend to those I teach, students and new doctors. People’s satisfaction with you is a great gain, so how about the satisfaction of your patients and teachers? My teachers gave me training certificates and together they praised the good treatment of patients and colleagues. The patients were leaving the hospital expressing their deep gratitude, and even those whose condition was difficult and we only reduce their suffering, they leave with gratitude and thanks. Indeed, the relatives of some who have died because of delayed their health express their gratitude after the death of their relatives and they meet me so welcome and grateful. I strongly and deeply believe that medicine is a human profession, and humanity is humility. This observation and the experience recorded by many people have mentioned it, and many studies have proven its importance in treating patients, and it is indeed an important factor in the progress and completion of the patient’s treatment.