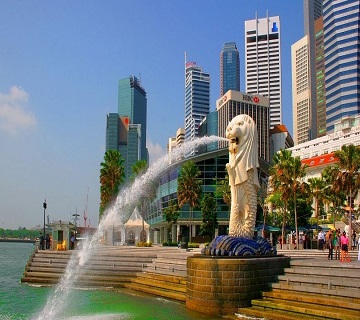 Singapore ranks 5th on UN Human Development Index with 3rd highest GDP per capita globally. Tourism forms a massive part of the economy with over 17 million visitors visiting the city in 2017. It is a worldwide core for finance, business, arts, culture and it is recognized as one of the most multicultural cities in the world. Joining the elevated structures and metros of a progressed, prosperous city with a blend of Chinese, Malay and Indian effects nearby a tropical air, scrumptious sustenance from merchant centres, copious malls, and enthusiastic night-life scene, this Garden City makes an uncommon stopover or springboard into the territory. The country has also been identified as a tax haven. There are four official languages: English (common and first language), Malay, Mandarin and Tamil, though almost all Singaporeans are bilingual.