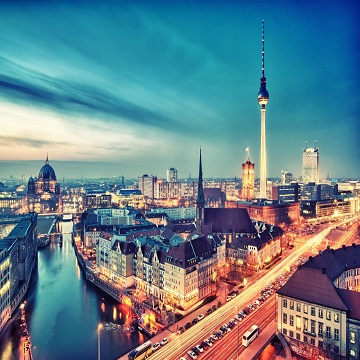 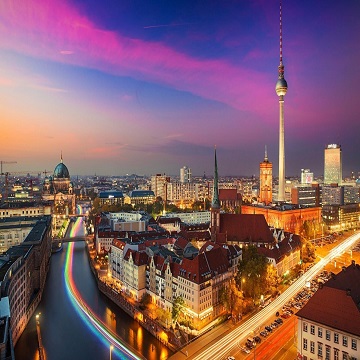 Berlin is the biggest capital city of Germany. It is located in the Northern European Low Lands along the Spree River in Eastern Germany. Berlin has a continental climate with hot summers, cold winters and fairly mild autumns and springs.

The city has partnerships with 17 cities. Twining town between Berlin and other cities began with its sister city Los Angeles in 1967. Berlin’s economy is heavily dependent on service sector and has the highest annual employment growth rate. The city has doubled its tourist figure in the past decade and the major tourist attraction includes Berlin Wall, museums, architectural buildings, opera houses, clubs and theaters.

The city has 6-year of primary education program. After completing primary, students continue to the Sekundarschule (a comprehensive school) or Gymnasium (college preparatory school).  Berlin is member of the knowledge and innovation communities (KIC) of the European Institute of Innovation and Technology. Berlin is known as world city of culture and creative industries. In 2005, Berlin got awarded for the title "City of Design" by UNESCO. It is a mainland center point for air and rail activity and has a very mind boggling open transportation arrange. The city is a mainstream traveler destination.