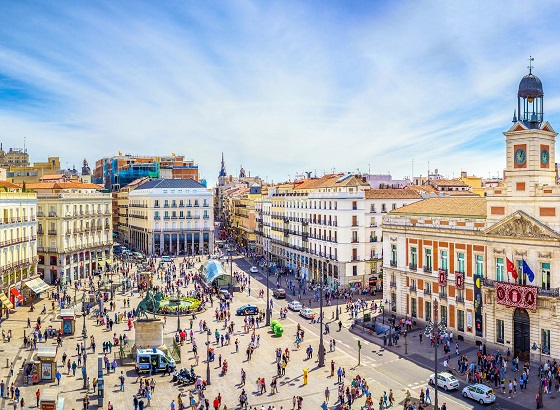 Madrid is the capital and most populous city of Spain. Madrid is located just northeast of the geographical center of the Iberian Peninsula, in the middle of the Spanish central Castilian plateau at an average altitude of 650m. Madrid possesses modern infrastructure, it has preserved the look and feel of many of its historic neighbourhoods and streets. As an industrial centre Madrid retains its advantages in infrastructure, as a transport hub, and as the location of headquarters of many companies.

A truly world-class museum, the Prado Museum has a collection of more than 5,000 paintings that rivals the Louvre collection in Paris. Visitors can see one of Madrid's most surprising monuments - an ancient Egyptian temple. A gift from Egypt, in thanks for Spain's help in saving the Abu Simbel temples during the building of the Aswan Dam, the Debod Temple was brought to Madrid in 1968.

One of its most visited museums draws football (soccer) fans to the stadium of the city's home team, Real Madrid. Along with the displays of trophies, team artifacts, and interactive screens in the museum, a tour includes the massive stadium itself.