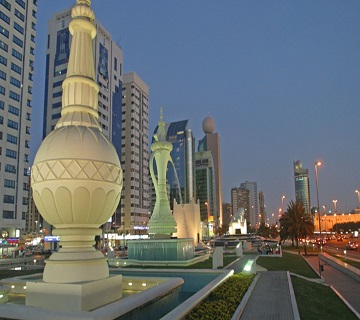 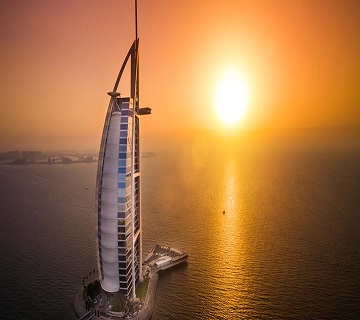 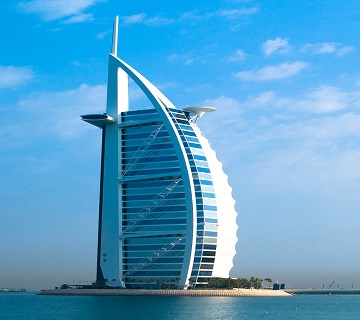 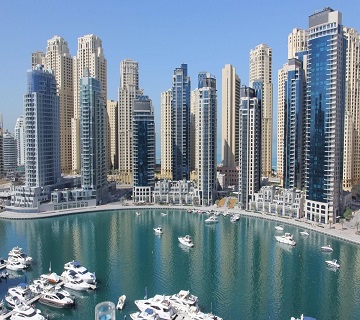 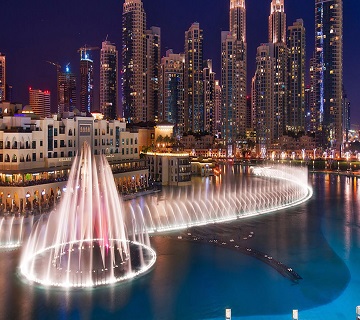 Dubai is a city and emirate in the United Arab Emirates known for luxury shopping, ultramodern architecture and a lively nightlife scene. Burj Khalifa, an 830m-tall tower, dominates the skyscraper-filled skyline. At its foot lies Dubai Fountain, with jets and lights choreographed to music. On artificial islands just offshore is Atlantis, The Palm, a resort with water and marine-animal parks.
The Emirate's Western-style model of business drives its economy with the main revenues now coming from tourism, aviation, real estate, and financial services. Dubai was recently named the best destination for Muslim travellers by Salam Standard. Dubai has recently attracted world attention through many innovative large construction projects and sports events.
The city has become iconic for its skyscrapers and high-rise buildings, in particular the world's tallest building, the Burj Khalifa. Dubai has been criticised for human rights violations concerning the city's largely South Asian and Filipino workforce.
As of 2012, Dubai was the 22nd most expensive city in the world and the most expensive city in the Middle East. In 2014, Dubai's hotel rooms were rated as the second most expensive in the world, after Geneva. In 2013, U.S. global consulting firm Mercer rated Dubai the best place to live in the Middle East.
Tourism in Dubai is an important part of the Dubai government's strategy to maintain the flow of foreign cash into the emirates. Dubai's lure for tourists is based mainly on shopping, but also on its possession of other ancient and modern attractions.
The United Arab Emirates signed a tourism cooperation agreement with Lebanon on February 10, 2009.Tourist accommodation in Dubai is ubiquitous and relatively expensive, and all of the world's major chains are present in the city. In early August 2013, plans for Dubai's first underwater hotel, the Water Discus Hotel, were publicly revealed. Developed by Polish company Deep Ocean Technology, the Water Discus will be the world's largest hotel of its kind and will be in addition to two underwater suites in existence at Dubai's The Palm: Atlantis accommodation venue.
Most capitals and other major cities have direct flights to Dubai. More than 120 airlines operate to and from Dubai International Airport to more than 260 destinations, making it one of the world's busiest. Dubai is also the home base of Emirates Airline, the international airline of the UAE, which operates scheduled services to more than 100 destinations.