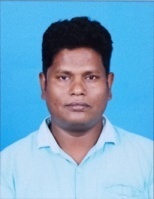 Saravanan Chinnaraj has his expertise in evaluation and passion in improving the health and well being. His open and contextual evaluation model based on responsive constructivists creates new pathways for improving healthcare. He has built this model after years of experience in research, evaluation, teaching and administration both in hospital and education institutions. He is expertise in DNA Sequencing which is a methodology that used to determine the order of nucleic acid and it helps to understand the protein functions in a system or pathway also he is interacted with Scientist of National Institute for Research in Reproductive Health, Mumbai, contributed to research work and published research papers in various fields. He is good in organizing workshop and conferences in his organization and well manage to function his laboratory. He is exclusively in charge and actively involved to get NABL accreditation to Department of HIV/AIDS, National Institute for Research in Tuberculosis, Chennai. He is also part of the various committees of the organization.

Understanding the evolutionary dynamics of the viruses within an individual at or near the moment of transmission can provide critical inputs for the design of an effective vaccine that can protect against HIV infection. We employed High-throughput sequencing (HTS) technology to analyze the evolutionary rate in viruses obtained at a single time point from drug naïve recently infected infants and adults in the chronic stage of disease. Gene-wise non-synonymous (dN) and synonymous (dS) mutation rates were estimated and compared between the two groups. Significant differences were observed in the evolutionary rates between viruses in the early and late stages of infection. Higher rates of single nucleotide polymorphism (SNPs) were found in the chronic viruses as compared to those in the early stages of HIV infection. Conversely, non-synonymous mutations were found to be higher in recently transmitted viruses, particularly in the env and nef genes. Despite the small sample size, the study identified useful information about viral evolution on transmission-associated bottlenecks. The effect of intra-individual HIV-1 evolution at the population level is highly contemporary, and the massive number of non-synonymous substitutions seen during recent HIV-1 infection, particularly in the env, suggests a pattern of convergent evolution leading to positive selection for survival fitness and disease progression.