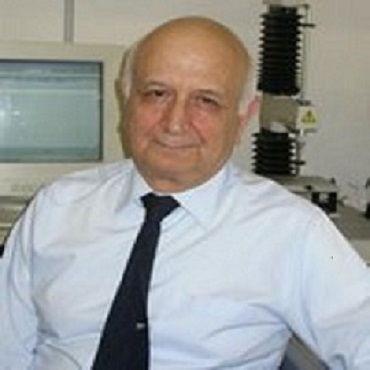 After the University degree (Laurea), prof. Franco Alhaique was "Researcher" at the National Research Council; during that time he obtained several teaching appointments at the University of Rome. In 1983 he became associate professor of Pharmaceutical Technology at the University of Rome "La Sapienza" In 1990 he was nominated Full Professor at the Faculty of Pharmacy of the University of Cagliari and four years later at the Faculty of Pharmacy of Sapienza University of Rome. From 1978 to 2003 Prof. Alhaique was a member of the Committee for the Italian Pharmacopoeia. He was the first promoter and President for seven years of the Italian Chapter of the Controlled release Society. From 2001 to 2010 he was President of the organizing committee for the "Corso di Laurea" in Biotechnology and, from 2003 to 2012, of the organizing committee for the Master course in "Industrial Pharmaceutical Methodologies". In 2002 he became a member of the working team University-Farmindustria for the technological innovation in pharmaceutical industries. In 2010 he was elected President of ADRITELF (Italian Association of researchers in pharmaceutical technology) until 2016 when he became honorary member of that society.

Since more than three decades his scientific interests are focused on innovative modified release dosage forms, with particular attention to hydrogels (mainly from polysaccharides) and vesicles (niosomes and ethosomes). Prof. Alhaique was frequently abroad for his scientific activity (in particular U.S.A. and Israel) and several researches were carried out in collaboration with the Hebrew University of Jerusalem, the Otsuma Women's University of Kyoto, the University of Rio de Janeiro and the University of Utrecht. Prof. Alhaique published more than one hundred and eighty papers (most of them on international journals) and participated to many international meetings with communications and as invited speaker. He was for several years co-editor of J. Drug Delivery Science and Technology and is the member of the editorial board of some scientific journals