Explore your options to connect, learn and be inspired from our speakers 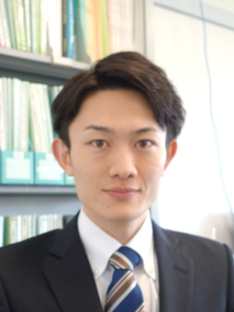 Shuhei Kodama has completed his PhD at the age of 27 years from Tohoku University. He is an Assistant Professor of Tokyo University of Agriculture and Technology. His research activities focus on short-pulsed laser-induced periodic surface structures (SPLIPSS) to clarify principles and phenomena, to control LIPSS and to provide a material surface with various functionalities such as reduction of friction, water repellency, anti-reflection and bioaffinity. He gave 9 presentations and 3 lectures about SPLIPSS at international and domestic conferences, and published 8 papers in reputed journals. He is passionate about precision processing. 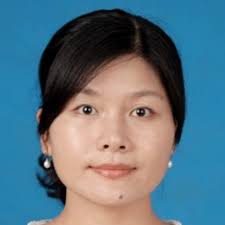 Guan Yingchun is a Full Professor of material processing who is director of multiscale laser manufacturing center at Beihang University. She has made several contributions in areas of laser material processing over the last dozen years, and her work has affected precision engineering and surface technology.

Laser micoprocessing has been considered as promising technique to enhance surface performance of materials or components in various applications including aerospace manufacturing and biomedical devices. This talk will present recent work of laser surface techniques including cleaning, polishing, and texturing on various substrates in our group. How the surfaces could be manipulated at various scales to obtain specific properties will also be elaborated on. 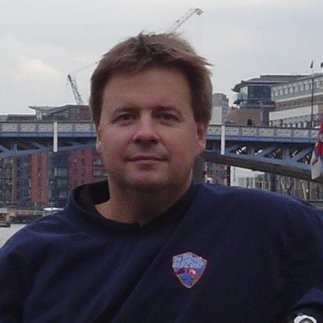 A direct conversion technique is demonstrated to produce highly conductive tracks on silicon carbide by irradiating it with a laser beam. It is found that laser irradiation of insulating silicon carbide substrates decreases its resistivity from 1011 to 10–4 ï—-cm. Atomic force microscopic images of the tracks indicate the conversion of larger structures into smaller, more round-shaped structures suggesting the formation of globules. However, laser irradiation of silicon carbide conductors in the presence of pure oxygen transforms the conducting track into an insulator. Nanosecond pulsed Laser Direct-Write and Doping (LDWD) technique is used to heat an epilayer, which was a single crystal 4H-SiC layer, below its decomposition temperature for in situ fabrication of nanoribbons. High resolution transmission electron microscope and electron diffraction pattern revealed that the nanoribbons have graphene-like crystalline hexagonal structure. These graphene-like structures are formed inside the epilayer in three layers each being approximately 50-60 nm wide, containing 15-17 individual sheets. The layers are self-aligned and they extend parallel to the (000l) plane of the SiC epilayer with their c-axis perpendicular to the incident laser beam. The process can be modified to create carbon rich surfaces and embedded carbon regions, particularly graphene, using multiphoton photolytic laser processing on or in silicon; carbon dopants are used. Graphene can also be formed on silicon carbide by the photolytic process provided the silicon carbide structure/chemistry is transparent to the processing laser wavelength. High pressure laser implantation (HPLI), where precursor pressure exceeds 500 psi (3.4x106 pa), enhances nitrogen dopant solubility in silicon carbide resulting in dopant concentrations greater than 4.8 x 1020 atoms per cubic centimeter at a depth greater than 1 micron. HPLI has promise for improved doping of gallium nitride substrates with magnesium and the amphoteric dopants carbon and silicon. The LDWD process is expected to revolutionize the future of nanodevice fabrication with nanoscale interconnects for high temperature and high power electronic and optoelectronic applications using SiC. This process is demonstrated to produce doped tracks of lower electrical resistance on polycrystalline and single crystal SiC substrates. The selective-area doping is a mask-free process that can be utilized to produce various patterns of doped regions for novel device architectures. Using this doping technique, uncooled SiC-based gas sensors are produced and these sensors yield optical signals instead of electrical signals generated by conventional sensors. P-type dopants Ga, Sc, P and Al are incorporated into an ntype crystalline 6H-SiC substrate by a laser doping technique for sensing CO2, CO, NO2 and NO gases, respectively. 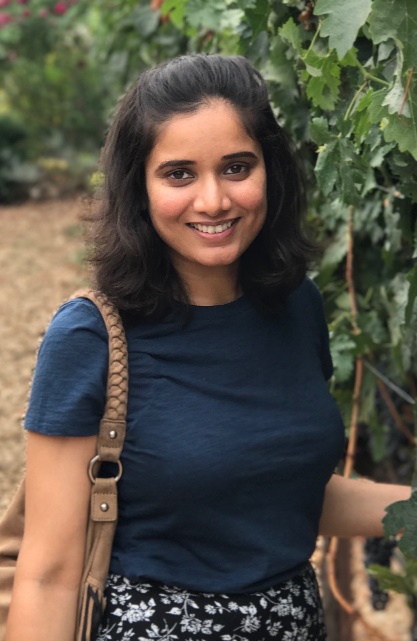 Hemashilpa Kalagara received her BE in Electronics and Instrumentation Engineering from the Birla Institute of Technology and Science-Goa, India, in 2008. She obtained her PhD in Electrical Engineering from the University of New Mexico in 2015. Currently, she is as a Laser Diode Chip Designer, doing research and development of highly innovative high power edge emitting (EE) lasers for industrial applications and vertical cavity surface emitting lasers (VCSELS) for 3D sensing applications.

High power fiber lasers are used in laser material processing such as laser welding, cutting, drilling etc. for wide range of applications. Diode lasers are very cost effective and efficient pump sources for fiber lasers. They consist of arrays of diode lasers which generate hundreds of watts of power, that is are coupled into the fibers using alignment optics, all of which are assembled in a compact package. GaAs based broad area lasers at 980nm are used as the pumps. The key requirements for laser material processing applications are high power and low Beam parameter product (BPP). A typical broad area laser (BAL) has length of at least 5mm and width of 100um, generating 14W power at 15A and BPP of 3.77. Due to the large stripe width, the laser is multimode and the FF profile has numerous peaks. In our current study, we designed, processed and tested an array of narrow stripe lasers with varying gaps, whose total output aperture is equal to width of BAL, to obtain lower BPP, while still maintaining the power. The narrow stripe lasers are 4um wide at the rear facet and the width is adiabatically increased up to 20um at the front facet to maintain single mode operation and a Gaussian FF profile. The narrow stripe laser array of same dimensions as BAL generates 11W power at 15A and BPP of 3.0. We are able to match the power of our BAL to narrow stripe laser array with more number of emitters. Due to the Gaussian FF profile, the power in NA and coupling efficiency into the fiber is expected to be better than the BAL. Another advantage of the narrow stripe laser array is the device is functional even after one or more lasers in the array die or have low power. 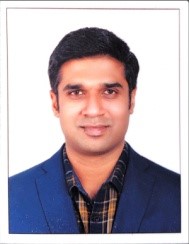 Nidhin Divakaran was a Junior Research Fellow under Dr Prachi Thareja in the Chemical Engineering department, Indian Institute of Technology, Gandhinagar from January 2015 in the field of Nanocolloids and Nanosensors. He currently finished his PhD in Materials Physics and Chemistry at Chinese Academy of Science Key Laboratory of Functional Nanostructure in Fujian Institute of Research on the Structure of Matter, Fuzhou under the guidance of Prof. Dr. Lixin Wu. He obtained his Masters in Technology (MTech) from Vellore Institute of Technology, Vellore, India in year 2014 with nanotechnology as his specialization. He did his Bachelor in Engineering (B.E.) in Instrumentation and Control from Government Engineering College, Gandhinagar, India in year 2012.

The constant urge to boost the versatility of unsaturated polyester (UP) in the burgeoning area of automotive and aircraft industries has shifted the focus on developing high performance UP based nanocomposites with remarkable thermal, mechanical, and electrical properties. The current work traverses through the innovative method to contrive functionalized graphene oxide (f-GO)/UP nanocomposites. Similarly, Graphene oxide, synthesized from graphite using modified Hummers’ method, manifests into f-GO (GO-MAH, GO-NH2, POSS-GO) via surface chemical functionalization. Different loadings of f-GO were assimilated within UP matrix through in-situ polymerization. The comprehensive properties of the nanocomposites enhance, despite addition of f-GO as low as 0.04â€¯wt.%, which itself gives a scrupulous vindication of proper dispersion of fillers and formation of exfoliated and intercalated nanostructures, with SEM images furnishing the inference of meticulous dispersion. The fabricated nanocomposites exhibit tensile strength augmentation by 75.2% for ultralow content of 0.08â€¯wt.% f-GO. Furthermore, the 0.10â€¯wt.% addition of f-GO within UP displays 53.8% increase in storage modulus and thermal decomposition temperature at 10% mass loss boosts by 70.3â€¯°C, while the electrical conductivity surges by 109â€¯S/m. The surface functionalized graphene oxide and their interaction with UP played a vital role in their property enhancement. 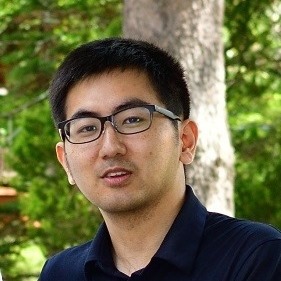 Title: To be Updated