Be a part of International Conference on Medicinal Chemistry

London is the capital of England and the United Kingdom and one of the largest and most important cities in the world. The area was originally settled by early hunter gatherers around 6,000 B.C., and researchers have found evidence of Bronze Age bridges and Iron Age forts near the River Thames.Ancient Romans founded a port and trading settlement called Londinium in 43 A.D., and a few years later a bridge was constructed across the Thames to facilitate commerce and troop movements. But in 60 A.D., Celtic queen Boudicca led an army to sack the city, which was burned to the ground in the first of many fires to destroy London.The city was soon rebuilt, but burned again about 125 A.D. More rebuilding occurred, and within a few generations the population exceeded 40,000 people. After the fall of the Roman Empire in 476 A.D., however, the city was attacked numerous times by Vikings and other raiders, and soon London was largely abandoned.The city’s fortunes began to change in 1065, when Westminster Abbey was established. One year later, after his victory at the Battle of Hastings, William the Conqueror was crowned King of England. During his reign, the Tower of London was built, and in 1176 a wooden London Bridge that had repeatedly burned was replaced by a bridge of stone.As the power of the Tudor and the Stuart dynasties grew, London expanded in size and importance. By the time Henry VIII was king, the population of London was at least 100,000.Tensions between Protestants and Catholics, however, darkened the otherwise prosperous reign of Henry’s daughter, Elizabeth I. In 1605, Catholic sympathizer Guy Fawkes tried—and failed—to blow up the entire British House of Parliament in the infamous Gunpowder Plot.

Real disaster struck in 1665, when London was hit by the Great Plague, which killed about 100,000 people. One year later, the city, which had swollen to about a half-million in population, mostly housed in wooden structures, was again reduced to ashes in the Great Fire of London. In the wake of that inferno, many notable buildings were constructed, including Buckingham Palace and St. Paul’s Cathedral.The Bank of England was founded in 1694 and was first governed by Huguenot John Houblon, who helped turn London into an international financial powerhouse. By 1840, the city had swollen to 2 million people, often crowded into unsanitary hovels, which helped create epidemics of cholera and other diseases.During the reign of Queen Victoria, London was well established as the prestigious seat of the vast British Empire, and while Big Ben rose above the city in 1859, the London Underground opened in 1863 as the world’s first subterranean railway. But in the shadows of the great metropolis, Jack the Ripper stalked the city’s women in 1888, killing at least five in one of history’s most notorious murder sprees.Air raids caused about 2,300 casualties in London in World War I, and during the Battle of Britain in World War II, the city was bombed relentlessly by the German Luftwaffe—the London Blitz eventually killed about 30,000 residents.During the Great Smog of 1952, Londoners endured immeasurable suffering and thousands died during and after the pollution event. More recently, a terrorist attack on the London transit system killed 56 people in 2005. But the city has continued to grow and prosper, hosting the 2012 Olympics, while establishing itself as the preeminent cultural and financial center of Europe. 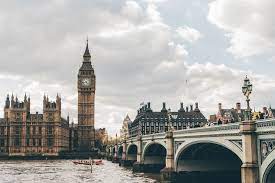 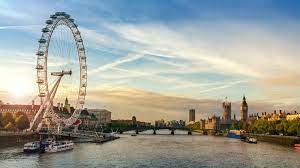 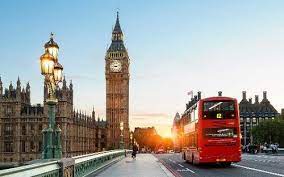 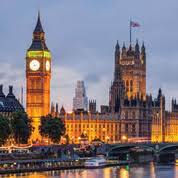 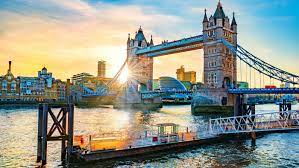