Be a part of 21st International Conference on Nanotechnology

Zurich, Switzerland
Zürich is the largest city in Switzerland and the capital of the canton of Zürich. It is located in north-central Switzerland at the north-western tip of Lake Zürich. As of January 2020, the municipality has 434,335 inhabitants, the urban area (agglomeration) 1.315 million (2009) and the Zürich metropolitan area 1.83 million (2011). Zürich is a hub for railways, roads, and air traffic. Both Zurich Airport and its main railway station are the largest and busiest in the country.
The official language of Zürich is German but the main spoken language is the local variant of the Alemannic Swiss German dialect, Zürich German.

Climate
Zürich has, depending on the definition used, an oceanic climate (Köppen: Cfb), but in the higher areas it is defined as a humid continental climate (Dfb, using 0 °C isoterm) with warm summers and four distinct seasons. Decisive for the climate of Zürich are both the winds from westerly directions, which often result in precipitation and, on the other hand, the Bise (east or north-east wind), which is usually associated with high-pressure situations, but cooler weather phases with temperatures lower than the average. The Foehn wind, which plays an important role in the northern alpine valleys also, has some impact on Zürich

Transport
Public transport is extremely popular in Zürich, and its inhabitants use public transport in large numbers. About 70% of the visitors to the city use the tram or bus, and about half of the journeys within the municipality take place on public transport. The ZVV network of public transport contains at least four means of mass-transit: any train that stops within the network's borders, in particular the S-Bahn (local trains), Zürich trams, and buses (both diesel and electric, also called trolley buses) and boats on the lake and river
Zurich Airport is located less than 10 kilometers (6.2 mi) northeast of the city in Kloten. Zurich Airport has its own railway station, which is located underground. It is directly connected to Zürich and most of the major Swiss cities. Zurich Airport is served by more than 60 passenger airlines from around the world. It is also served by one cargo airline and is a hub for Swiss International Air Lines. There is also an airfield in Dübendorf.
Road traffic-The A1, A3 and A4 motorways pass close to Zürich. The A1 heads west towards Bern and Geneva and eastwards towards St. Gallen; the A4 leads northwards to Schaffhausen and southwards to Altdorf connecting with the A2 towards Chiasso; and the A3 heads northwest towards Basel and southeast along Lake Zürich and Lake Walen towards Sargans.

Main sites
Grossmünster (Great Minster) According to legend, Charlemagne discovered the graves of the city's martyrs Felix and Regula and had built the first church as a monastery; start of current building around 1100; in the first half of the 16th century, the Great Minster was the starting point of the Swiss-German Reformation led by Huldrych Zwingli and Heinrich Bullinger; declared by Charlemagne imperial church; romanesque crypt, romanesque capitals in the church and cloister; choir windows by Augusto Giacometti (1932) and Sigmar Polke (2009), bronze doors by Otto Münch (1935 and 1950
Zürich Museum of Art – The Museum of Art, also known as Kunsthaus Zürich, is one of the significant art museums of Europe. It holds one of the largest collections in Classic Modern art in the world (Munch, Picasso, Braque, Giacometti, etc.). The museum also features a large library collection of photographs
Zoological Garden – The zoological garden holds about 260 species of animals and houses about 2200 animals. One can come across separate enclosures of snow leopards, India lions, clouded leopards, Amur leopards, otters and pandas in the zoo

Here are the best global universities in Switzerland: 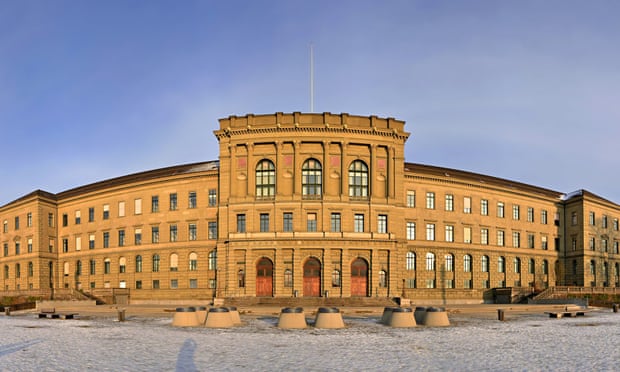