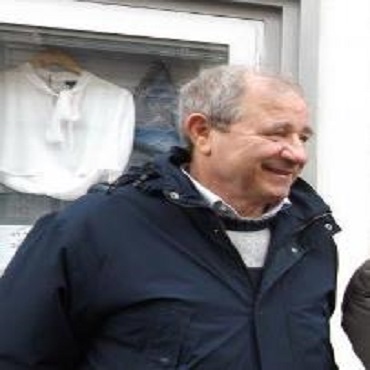 L. A. Pezone: Academic qualifications - graduate " Industrial Mechanic expert" achieved in 1969 at the State Institute "Francesco Giordani" of Caserta. Language skillsGood knowledge of the English language written and spoken modest.- 1970 Master-Stage duration of eight months at Alfa Romeo Auto Spa Topics: Industrial equipment, machine tools, molding techniques, organization, industrial layout until 1986. From 1987 to the end of 2006 he was in charge of the "Mechanical Systemsand Plumbers" of a media installation company is certified ISO 9001 - Since October 2006 he is retired and develops projects and patents mechanical and plumbing systems, in particular in the environmental sector.

By changing the way of feeding the centrifugal pumps by means of the second separate power supply up to the impeller, we can circumvent the gravitational force and transform all the hydraulic systems from energy absorbers into energy producers, obviously inserting in the open, one-way recycling circuit of hydraulic turbines with relative current generators. This is possible because the second feed enters the water discharged from the turbines back into the balanced recycling circuit in suction and delivery of the pump to the center of the impeller by means of the depression created by it.  By replacing the gravitational force in these circuits with pressurized autoclave tanks with compressed air, we can multiply the energy produced proportionally to the pressure of the compressed air, which is statically exploited to expel the incoming water again through the downstream feed for the principle impenetrability of bodies. This simple and effective system makes obsolete all the world energies, but also the current purifiers, because it solubilizes oxygen in the water using the principle of Henry. The amount of dissolved oxygen represents the degree of water purification, but also of human blood.