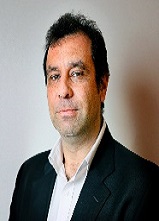 Associate Professor of geometallurgy at the Geological Survey of Finland (GTK) in KTR, the Circular Economy Solutions Unit.  Basic degree Bach App. Sc in Physics and Geology, PhD in Mining Engineering from JKMRC University of Queensland.  Work experience 18 years in the Australian mining industry in research and development, 12 months at Ausenco in the private sector, 3 years in Belgium at the University of Liege researching Circular Economy and industrial recycling.  Work experience in Finland has been at GTK has been in the Minerals Intelligence in the MTR unit, before joining the KTR. Mineral processing and geometallurgy being developed.
Long term objectives include the development and transformation of the Circular Economy, into a more practical system for the industrial ecosystem to navigate the twin challenges of the scarcity of technology minerals and the transitioning away from fossil fuels.

A study was conducted to examine what is going to be required to fully phase out fossil fuels as an energy source and replace the entire existing system with renewable energy sources and transportation.  This is done by estimating what it would be required to replace the entire fossil fuel system in 2018, for the US, Europe, China, and global economies.  This report examines the size and scope of the existing transport fleet, and scope of fossil fuel industrial actions.

To replace fossil fueled ICE vehicles, Electric Vehicles, H2 cell vehicles for cars, trucks, rail, and maritime shipping was examined.  Fossil fuels consumption for electricity generation, building heating and production of steel were all examined for replacement.  Calculations reported here suggest that the total additional non-fossil fuel electrical power annual capacity to be added to the global grid will need to be around 37 670.6 TWh.  To phase out fossil fuel power generation, solar, wind, hydro, biomass, geothermal and nuclear were all examined.  If the same non-fossil fuel energy mix as that reported in 2018 is assumed, then this translates into an extra 221 594 new power plants will be needed to be constructed and commissioned.
Nuclear power was assessed in context of being the only power source to generate electricity. It was found that the NPP fleet cannot expand fast enough, nor will existing uranium resources be enough to be useful.
Biofuels substitution for petroleum (gasoline and diesel) was examined globally.  It was found that lack of capacity for the planet earth to produce enough biomass feedstock means that biofuels cannot be scaled up to a full system replacement.

Conclusions were drawn after comparing all these different aspects.  It was proposed that the phasing out of fossil fuels will not go to plan.