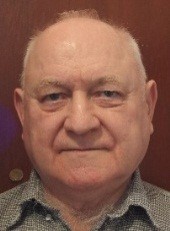 Dr. Woo has a BS and MS in Mechanical Engineering, and he has obtained PhD in Mechanical Engineering from Texas A&M. He major in energy system such as HVAC and its heat transfer, optimal design and control of refrigerator, reliability design of mechanical components, and failure Analysis of thermal components in marketplace using the non-destructive such as SEM & XRAY. Especially, he developed parametric accelerated life testing (ALT) as new reliability methodology. If there is design fault in the mechanical system that is subjected to repetitive stress, it will fail in its lifetime. Engineer should find the design faults by parametric ALT before product launches. In 1992–1997 he worked in Agency for Defense Development, Chinhae, South Korea, where he has researcher in charge of Development of Naval weapon System. In 2000-2010 he had been working as a Senior Reliability Engineer in Side-by-Side Refrigerator Division, Digital Appliance, SAMSUNG Electronics, where he focused on enhancing the life of refrigerator as using parametric the accelerating life testing. Now he is working as associate professor in mechanical department, Addis Ababa Science & Technology University.

The basic reliability concepts - parametric ALT plan, failure mechanism and design, acceleration factor, and sample size equation were used in the development of a parametric accelerated life testing method to assess the reliability quantitative test specifications (RQ) of mechanical systems subjected to repetitive stresses. To calculate the acceleration factor of the mechanical system, a generalized life-stress failure model with a new effort concept was derived and recommended. The new sample size equation with the acceleration factor also enabled the parametric ALT to quickly evaluate the expected lifetime. This new parametric ALT should help an engineer uncover the design parameters affecting reliability during the design process of the mechanical system. Consequently, it should help companies improve product reliability and avoid recalls due to the product failures in the field. As the improper design parameters in the design phase are experimentally identified by this new reliability design method, the mechanical system should improve in reliability as measured by the increase in lifetime, LB, and the reduction in failure rate,ï¬ As a test case, two cases were studied: 1) failed reciprocating compressors of French-door refrigerators returned from the field and 2) the redesign of hinge kit system (HKS) in a refrigerator. After a tailored of parametric accelerated life testing, the mechanical systems such as compressor and hinge kit system (HKS) with corrective action plans were expected to achieve the lifetime target –  B1 life 10 years.

Invasomes are liposomal vesicles embodying small amounts of ethanol and terpenes or terpene mixtures, which act as potential carrier with increased skin penetration. Invasomes have higher perforation rate through the skin compared to liposomes and ethosomes. Invasomes are novel elastic phospholipid vesicles contains phosphatidylcholine, ethanol and one or mixture of terpenes. several researchers have confirmed the ability of terpenes in an increasing percutaneous penetration. Their penetration-enhancing activity is through the disruption of the stratum corneum lipids, interaction with intracellular proteins and improvement of partitioning of the drug into the stratum corneum. Ethanol improves the vesicular ability to penetrate the stratum corneum. In addition, ethanol provides net negative surface charge and prevents vesicle aggregation due to electrostatic repulsion. A synergic effect between terpenes and ethanol on the percutaneous absorption has been remarkably observed. Terpenes, the naturally occurring volatile oils which are included in the list of generally recognised as safe substances with low irritancy at lower concentrations (1-5%), with reversible effect on the lipids of stratum corneum are considered as the clinically sustainable penetration enhancers. Invasomes provide a number of advantages as well as improves the drug efficacy, enhancing patient compliance and comfort. Enhanced delivery of drug through the skin and cellular membranes by means of an invasomes carrier opens numerous challenges and opportunities for research and future development of novel improved therapies.

Elaine Yoshiko Matsubara holds a BA (2002) in Chemistry, PhD (2010) in Carbon Nanomaterials for Energy Storage Devices from the University of São Paulo (USP), a part of her PhD studies from the Instituto de Ciencias de Los Materiales de Madrid (Spain), ENEA (Italian National Agency for New Technologies Energy and Sustainable Economic Development), University of Rome La Sapienza (Italy), and a post-doc in Photovoltaic Energy Devices from the State University of São Paulo (UNESP). She is presently Researcher at University of São Paulo (USP), Brazil. Her work focuses on synthesis of doped carbon nanotubes, 3D hybrid hierarchical carbon composite materials and chemical and electrochemical graphene production to application and development of lithium and sodium ion batteries, sensors and capacitors. Her experience is focuses on Materials Science with emphasis in energy devices and nano composites to filtration, catalysis, environmental remediation and polymer reinforcement

This study is an investigation of a hybrid hierarchical electrode produced by electrospinning and chemical vapor deposition methods. The binderless hybrid hierarchical electrode is composed by carbon nanofibers with carbon nanotubes inside and outside the fibers. Single- walled or multi-walled carbon nanotubes are present inside the nanofiber as a dopant and they are incorporated during the carbon nanofiber electrospun production. After that, multi-walled carbon nanotubes are grown onto the surface of the carbon nanofiber using chemical vapor deposition method.The suitability of carbon nanofibers for lithium storage applications was investigated by electrochemical methods using charge and discharge curves, cyclic voltammetry and impedance spectroscopy. The morphology of the flexible binderless hybrid hierarchical electrodes was investigated by scanning electron microscopy. The additional incorporation of oxide nanoparticles (manganese, zinc or both) by electrodeposition method are responsible to improve the specific capacitance of the electrode, showing new perspectives to use this electrode configuration to produce lightweight, flexible and conductive electrode for lithium ion batteries without binder addition.

Title: Influence of a reinforcement of plant origin on the properties of polyamide 6

Polymer composites reinforced with natural fibers designed with the lowest possible environmental degradation is the major objective of several scientific researches, we focus on polymer composites with polyamide 6 (PA6) matrix, because they are very abundant materials of the family of common plastics, finding its primary application in several fields such as the automotive, building, furniture and packaging industries.The choice of a reinforcement preventing plant waste responds to the challenge of developing new polymeric materials with advanced physicochemical and thermal properties while respecting the ecosystem.Through this study, we aim to recover natural waste, optimize the properties of polyamide 6 and make it more biodegradable.The rate of reinforcement relative to PA6 varies from 5% to 20% by weight, the impact on the properties of PA 6 was evaluated by IR, DRX, DSC, ATG and pycnometry.