The vaporetto is the public transport inside Venice. The water buses are going up and down on the Grand Canal and to the surrounding islands. Perfect transportation in Venice if you need to go from one point to another. Alilaguna is another public transport service. It has a navigation network of five lines connecting the Marco Polo Airport terminal and the Cruise Terminal to the centre of Venice, the Lido, Murano and Punta Sabbioni.

Education in Italy is compulsory from 6 to 16 years of age, and is divided into five stages: kindergarten, primary school, lower secondary school, upper secondary school and university .Education is free in Italy and free education is available to children of all nationalities who are residents in Italy. Italy has both a private and public education system. However, the quality of the public schools is also higher compared to the private schools, in terms of "educational and labour market outcomes".

A city built on 118 islands off the coast of northeastern Italy; Venice is unlike any other city in Europe or, for that matter, the world. Virtually unchanged in appearance for more than 600 years, the City of Canals looks more like something out of a picture book than a modern metropolis. It’s a place where the entire city is viewed as an attraction in itself. Major tourist attractions include St. Mark's Basilica, Grand Canal, Doge's Palace, Rialto Bridge, Piazza San Marco, Ca' Rezzonico, San Giorgio Maggiore, Bridge of Sighs, Campanile, Teatro La Fenice , Torre dell'Orologio, Peggy Guggenheim Collection, Ponte dell'Accademia

Wireless Congress 2020 welcome participants from all over the world to get a sight of the beautiful city and take back ample of memories with them. 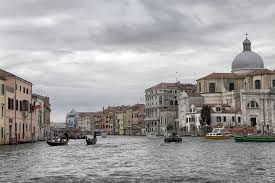