About the city: Dubai, UAE

Dubai is the most beautiful city in the United Arab Emirates. Dubai was gaining popularity in recent years until the global economic crash of 2008. Dubai is essentially a desert city well with superb infrastructure, liberal policies (by regional standards), that became popular for its excellent tourist amenities. Just 5 h from Europe and 3 h from most parts of the Middle East, the Near East, and the subcontinent of India, Dubai makes a great short break for shopping, partying, sunbathing, fine dining, sporting events, and even a few sinful pleasures. It is a city of superlatives: for the fastest, biggest, tallest, largest and highest, Dubai is the destination. It has the largest immigrant population in the world.

Economic Condition: Dubai's gross domestic product as of 2018 was US $102.67 billion. Today, Dubai has focused its economy on tourism by building hotels and developing real estate. Port Jebel Ali, constructed in the 1970s, has the largest man-made harbor in the world, but is also increasingly developing as a hub for service industries such as IT and finance, with the new Dubai International Financial Centre (DIFC). Emirates Airline was founded by the government in 1985 and is still state-owned; based at Dubai International Airport, it carried over 49.7 million passengers in 2015. From 2005 to 2009, trade between Dubai and Iran tripled to $12 billion.

Educational System: Education in Dubai covers the levels of primary, secondary and collegiate education. The school system in Dubai is not different from the education system in the United Arab Emirates. There are many public and private schools catering to Emiratis and expatriates. The Ministry of Education of the United Arab Emirates is responsible for accreditation of schools. The Knowledge and Human Development Authority (KHDA) supervises all schools, institutes, vocational institutions, adult and special needs centers, day care centers and government and private universities in Dubai.

Dubai is the second largest emirate, after the emirate of Abu Dhabi, and covers an area of 4.114 square kilometres, equivalent to 5% of the total area of the UAE. Known as the capital of UAE’s economy, Dubai shares borders with Abu Dhabi in the south, Sharjah in the northeast, and the Sultanate of Oman in the southeast. Dubai lies directly within the Arabian Desert. However, the topography of Dubai is significantly different from that of the southern portion of the UAE in that much of the city’s landscape is highlighted by sandy desert patterns, while gravel deserts dominate much of the southern region of the country.

Glitzy Dubai is the United Arab Emirates' holiday hot spot. This city of high-rises and shopping malls has transformed itself from a desert outpost to a destination du-jour, where tourists flock for sales bargains, sunshine, and family fun. Dubai is famous for sightseeing attractions such as the Burj Khalifa (the world's tallest building) and shopping malls that come complete with mammoth aquariums and indoor ski slopes. 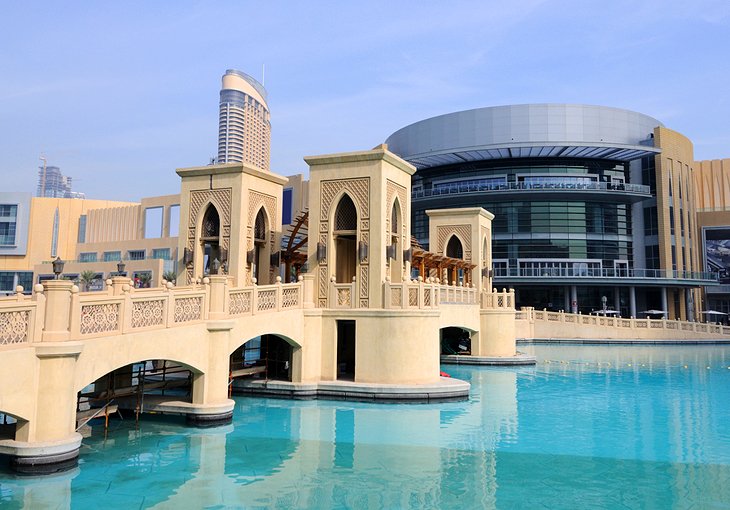 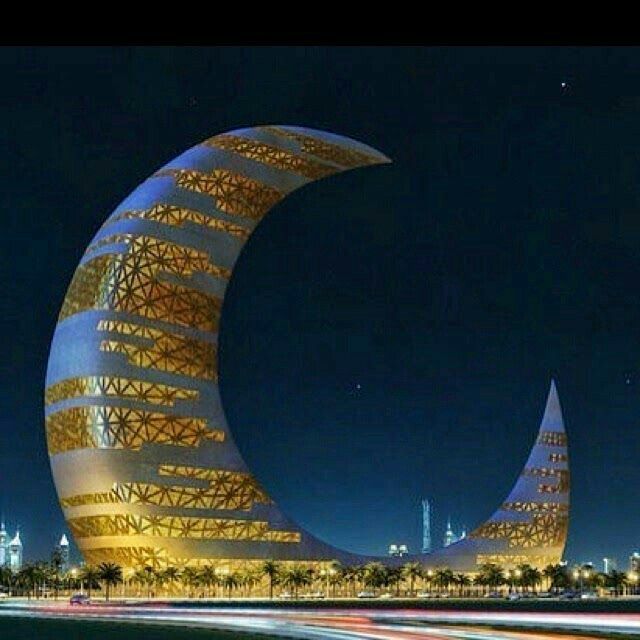 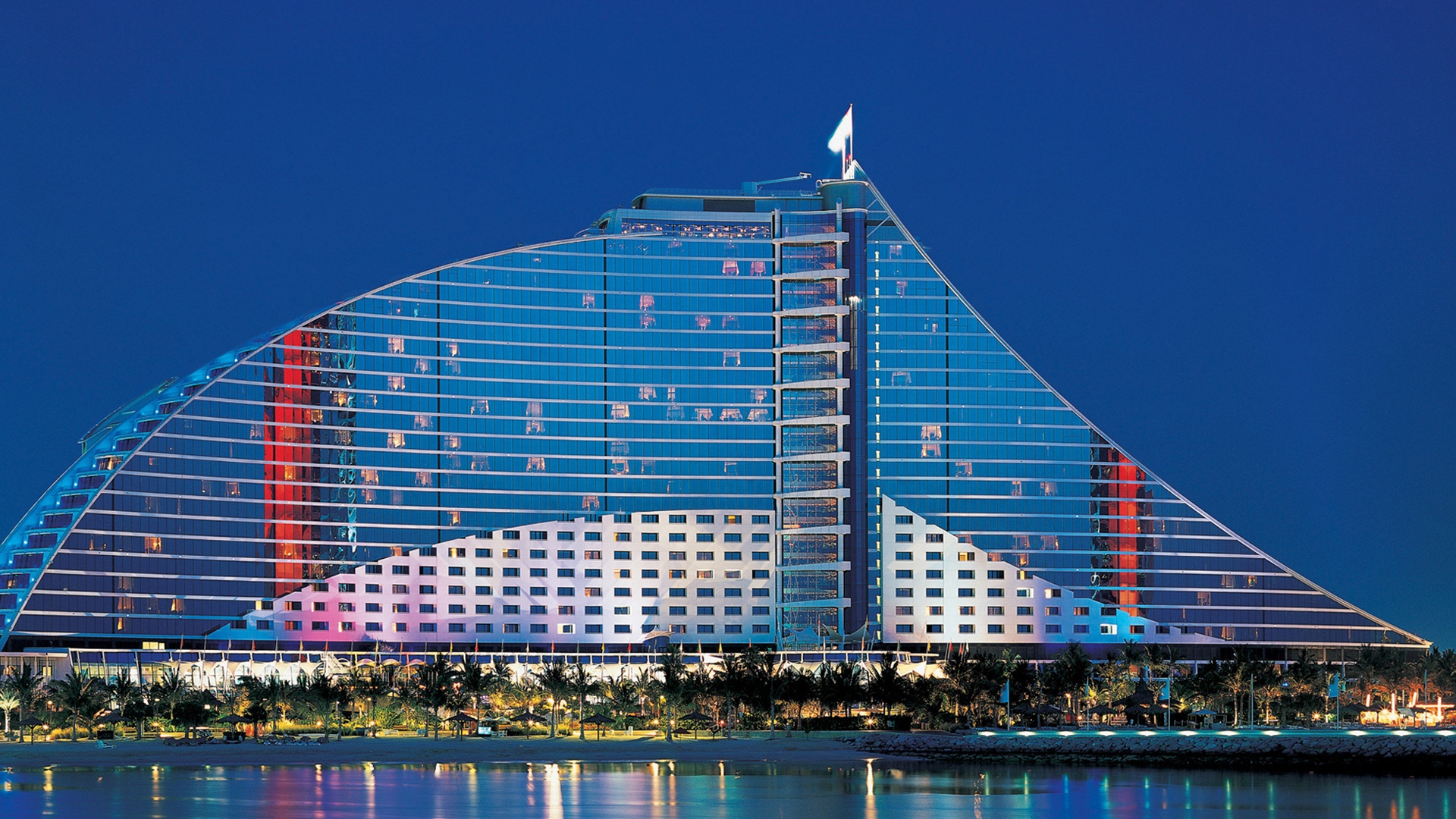 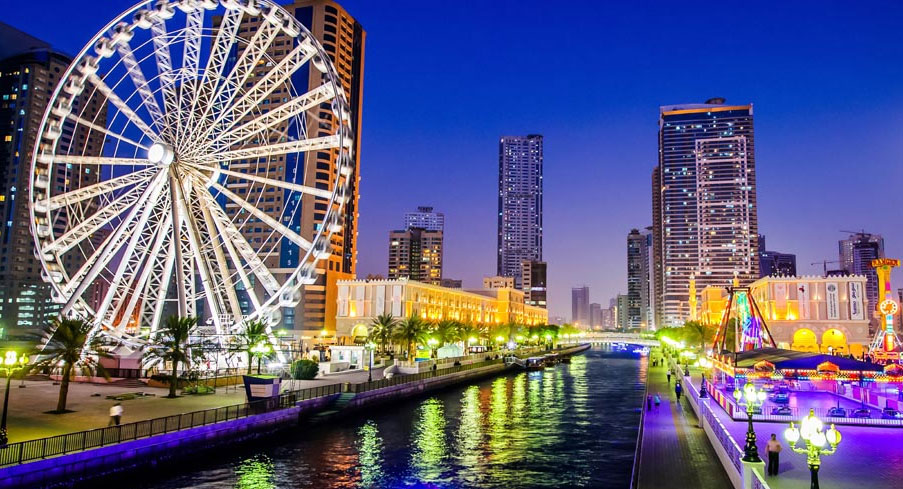 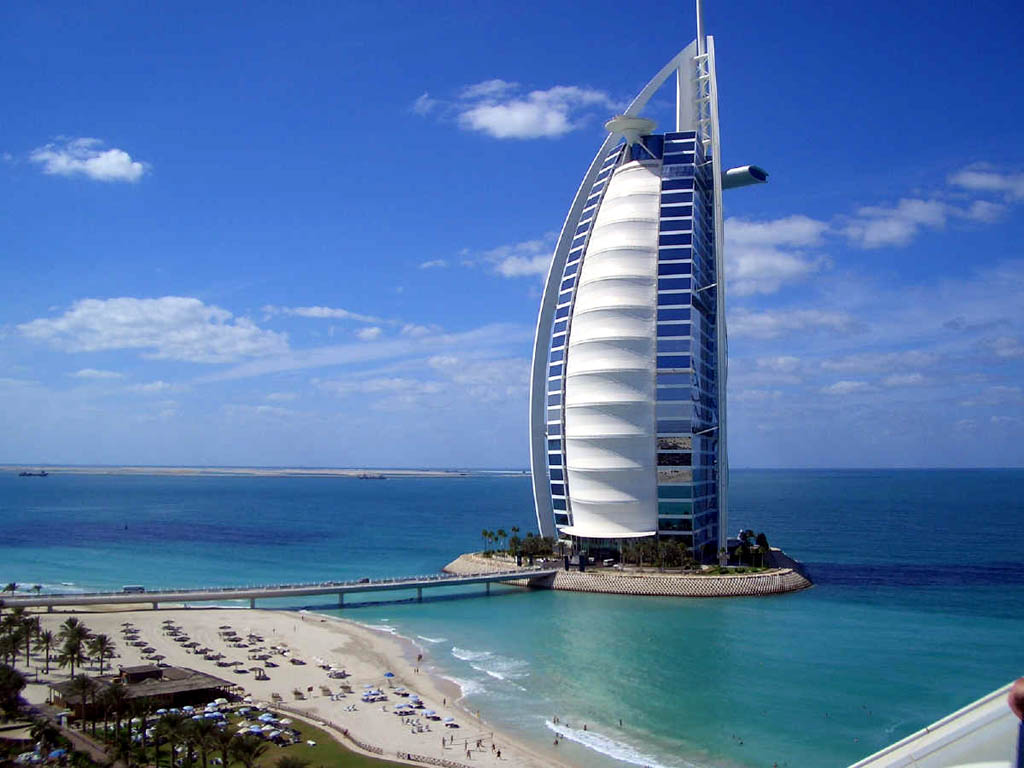